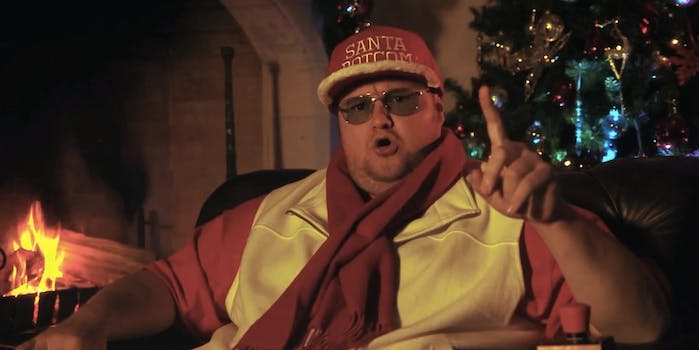 Kim Dotcom quits Mega to focus on music, politics, not getting extradited

He plans to start a new political party and music site, provided the FBI doesn't take him away.

Kim Dotcom has resigned as the head of cloud storage site Mega, and will instead launch his own political party in his adopted home of New Zealand.

That seems to be the thing these days for flamboyant Oceanic Internet figures who have been compared to Bond villains. In Australia, WikiLeaks founder Julian Assange has founded his own WikiLeaks Party, which is clamoring with the Pirate Party for a third-party spot.

Dotcom’s hands are certainly busy. In addition to fighting extradition charges to the U.S., he’s planning to launch an as-yet-unnamed music service in a few months.

His political ideals are in line with what you’d expect from a larger-than-life Internet mogul who’s been spied on by his country’s top spy agency, the Government Communications Security Bureau.

Dotcom plans cheaper Internet pricing, as well as a new submarine cable to bring Internet into the country. The GCSB, which partners with the U.S.’s National Security Agency under an alliance called Five Eyes, is believed to tap New Zealand’s cables. That helps aids the NSA‘s ability to, through a program called XKeyscore, sift through much of the world’s Internet activity in real time.

It’s also safe to assume that, like Pirate Parties around the world, Dotcom would be interested in copyright reform, something he’s railed about on his Twitter feed for years. Mega, like his previous site MegaUpload, is a frequent haven for pirates. The FBI is currently trying to extradite Dotcom to the U.S. for his alleged copyright infringement, as well as money laundering charges.