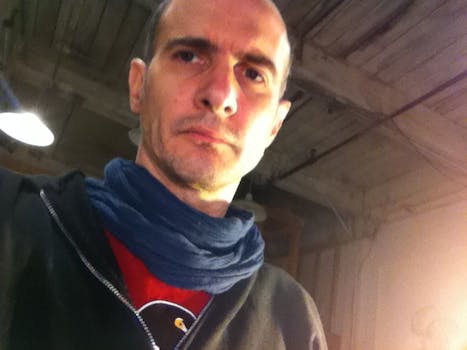 Kickstarter has revolutionized online commerce, cutting out the middleman to directly connect artists, developers, and others with potential backers. To date, the crowdfunding platform has raised over $350 million for projects that have been submitted to the site. 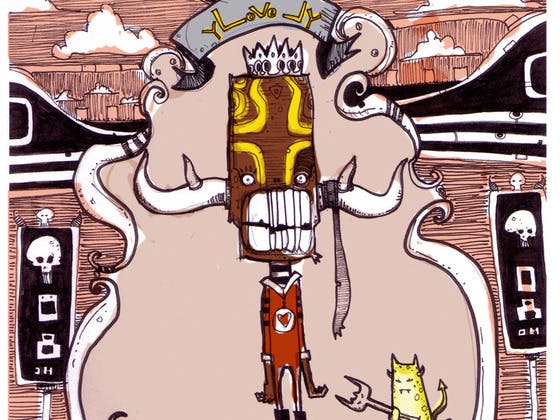 And it all started with a couple of doodles.

L.J. Ruell, who goes by the username darkpony, is credited with having the first successful campaign on Kickstarter. The 43-year-old Queens, N.Y., resident first learned about the site after it was mentioned on a forum by Andy Baio, who at the time served as developer and consultant for the company.

“It sounded really fun,” Ruell, a Viacom software tech lead, explained to the Daily Dot. “I was looking for a way to force myself to complete an illustration project and I felt like if I had people supporting the work financially I would be obligated to really complete the project as a finished, well-polished illustration.”

“I like drawing pictures. and then i color them too. so i thought i would suggest something for me to draw and then if someone wants me to draw it then they can put in some pennies and then ill draw it,” the project’s page stated.

Ruell admits he did not know how long the funding would take. In fact, he wasn’t aware of how exactly Kickstarter functioned at first.

“My thought was to keep it cheap to contribute,” he said. “I really thought it would be a tip jar thing as a way of supporting artists or creative endeavors, not so much as a way to completely fund projects.”

“A half dragon man with a pitchfork and some skulls and he is flying towards a city to wreck it. And maybe he has some smaller dragonpeople sidekicks flying along side him. Maybe the cities skybrutalizer militia is taking flight in the distance to try to defend the city from the dragonguys vicious pitchfork attack.” 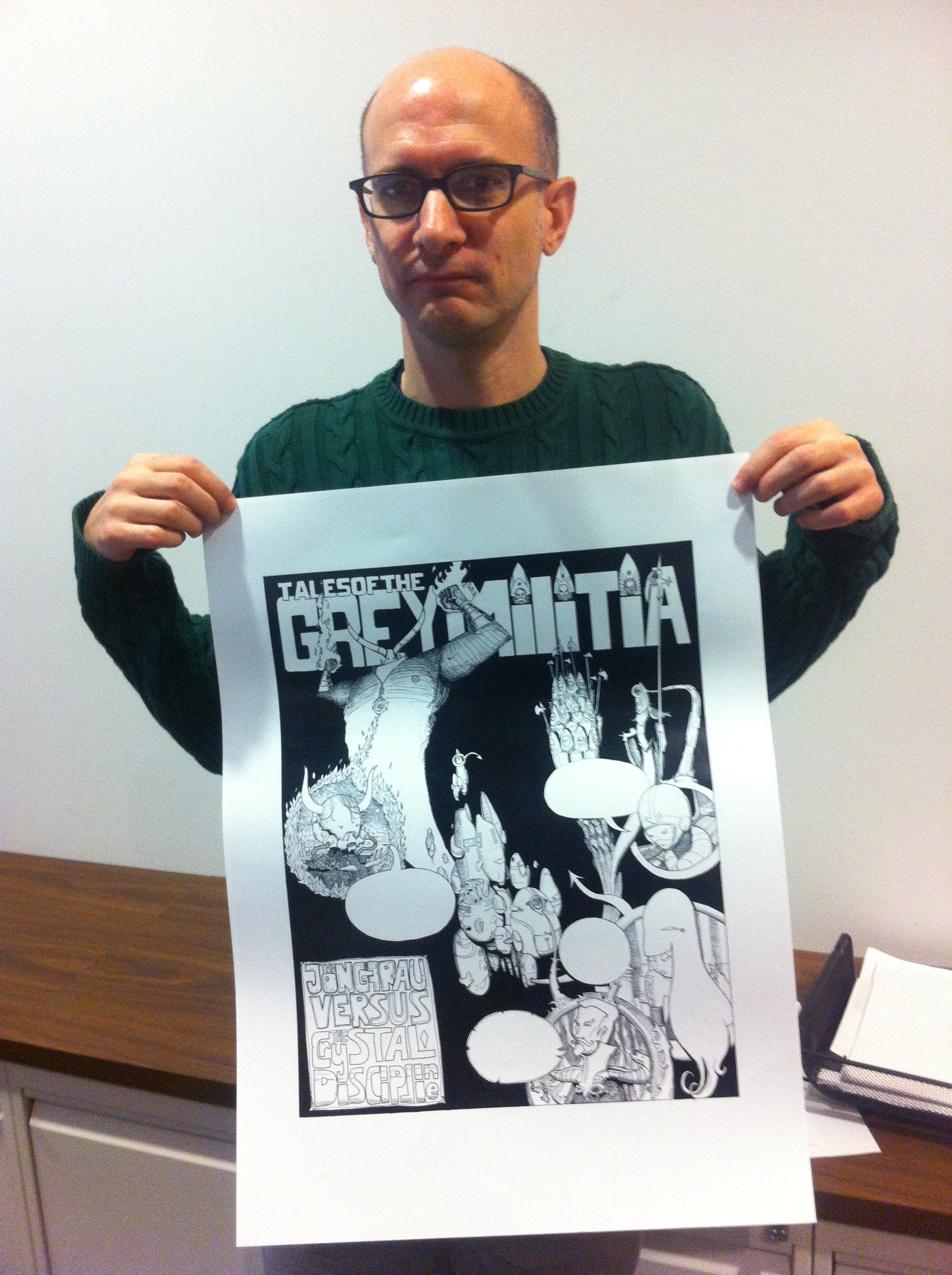 When the project closed on May 3, 2009, Johnson and two other backers had raised $35 for Ruell, almost twice his goal. The black-and-white comic drawing serves as a literal illustration of Kickstarter’s humble beginnings.

Ruell continues to display sketches on his Tumblr, but he hasn’t attempted another Kickstarter campaign. While he fears the crowdfunding platform could become a “marketing arm for large game development studios to gauge interest in their existing franchises,” he still praises Kickstarter for its ability to link artists with each other and new creative works.

“I knew it was a great idea from day one; it seemed like such a good way to really open up a creative marketplace better than anything else we had seen before. It was real people-to-people distribution,” he said. “I hope the Kickstarter team continues to help smaller, less traditional projects find their way to the top to be supported and funded.

“I would like to see Kickstarter be a hothouse for wild product ideas and strange social projects funded by users.”

And that includes doodles.