Cat-shaped egg-frying mold is what Kickstarter was built for

Let's cut to the chase: You need this.

Unless you’re a perky morning person, waking up is a constant pain. Thanks to a group of geniuses, however, you’ll soon be able to start your day with eggs in the shape of a cat.

Egg Addiction, a San Francisco company that’s trying to make the world a better place one scrambled egg at a time, has launched a Kickstarter campaign for a kitchen gadget we didn’t know we needed: an egg mold that turns sunny-side-up eggs into a cute cat. 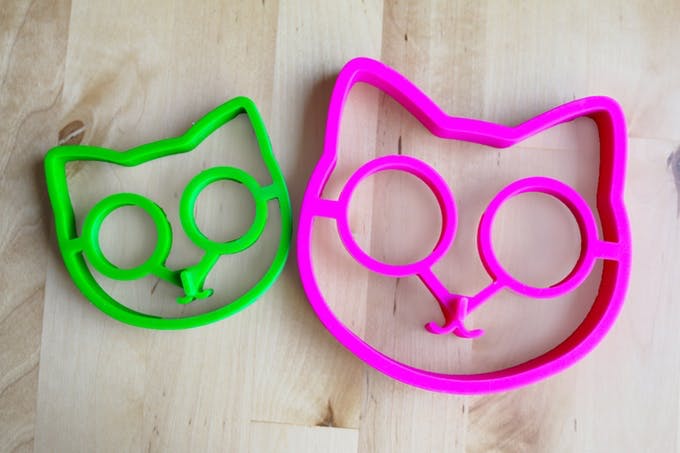 But it’s just an egg-shaper thing! you might be saying. Who would possibly want one of these? Well, for starters, everyone.

More than 1,500 cat lovers and breakfast fans thought that Egg Addiction’s product was a good enough investment to pre-order. The company easily surpassed its humble goal of $5,000. Backers of this kitty contraption have collectively shelled out more than $40,000 so far, and with 44 days left in the Kickstarter campaign, that will undoubtedly soar higher .

Egg Addition’s cat egg mold is BPA-free, dishwasher-safe, and pretty easy to use. To make a kitty-side-up egg, place the mold into an oiled pan; separate the two yolks from the egg whites; drop them into the rings individually to make the eyes; and pour the rest into the remaining areas. It’s really not as complicated as it sounds.

You have until Nov. 13 to pre-order your very own cat egg mold. Pledge levels range from $12 to $55, and rewards include postcards and mini cat egg molds that can be used with quail eggs.