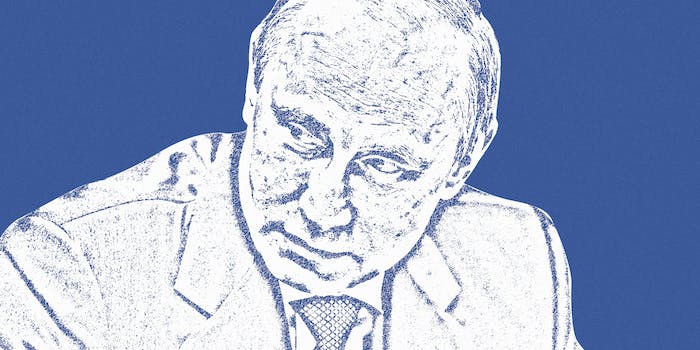 A Kazakh man has reportedly been sentenced to three years in a penal colony for criticizing Russian President Vladimir Putin online.

Sanat Dosov, 46, allegedly shared a series of memes and links on Facebook critical of Russia, including an article from a Ukrainian website with comments referring to Putin as a “terrorist,” according to the Diplomat.

“Putin is a fascist,” Dosov wrote in a December 2015 post, which contained a link to a story in Russian alleging threats to Turkish diplomats by the Kremlin.

Described by Kazakhstan-based media as an “entrepreneur,” Dosov is said have been particularly critical of Russia’s policies towards Syria and the Ukraine. His case has drawn international attention because Dosov is not a Russian citizen, but he has been imprisoned for criticizing the president of another country under a controversial Kazakh law known as Article 47.

Dosov was charged under the infamous Article 174 of the Kazakh criminal code, which outlaws actions aimed at inciting “social, national, generic, racial, class or religious hatred” as well as the “insult of the national honour and dignity or religious feelings of citizens” and “propaganda of exclusivity, superiority or inferiority of citizens on grounds of their relation to religion, class, national, generic or racial assignment.”

Dosov’s case has certain parallels to that of German satirist Jan Böhmermann, who was targeted by the German government earlier this year after presenting a poem on his televised show critical of Turkish president Recep Tayyip Erdogan.

Read the full report at the Diplomat.