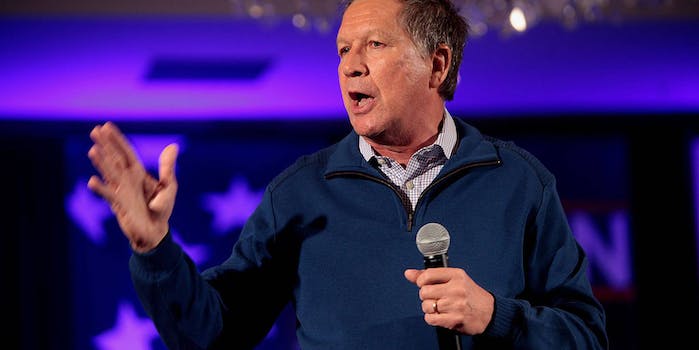 Donald Trump, who built on his delegate lead Tuesday thanks to a resounding victory in Indiana, is now the only Republican candidate for president left in the race. The much-hyped hypothetical battle for delegates at the Republican convention is now a moot point. Trump will be the party’s official nominee.

Kasich’s departure from the race came two hours after a tweet he sent signaling that his fight would continue.

Even on Tuesday night, right after Trump took all of Indiana’s 57 delegates, Kasich’s campaign said it would endure.

“Our strategy has been and continues to be one that involves winning the nomination at an open convention,” a Kasich spokesperson told reporters.

In the next 24 hours, minds were changed and the last potential challenge to Trump’s Republican victory disappeared.

Up next: A six-month political battle between Democratic front-runner Hillary Clinton and Trump. Strap yourselves in.