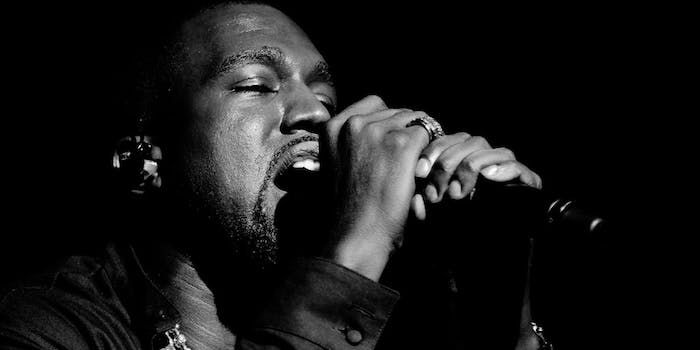 Photo via kennyysun/Flickr (CC BY 2.0)

And here's how you can make something similar.

Kanye West dropped the song “Real Friends” on Friday, and shortly after announced that his forthcoming album Swish will be available in February.

In addition to “Real Friends,” West previewed a track with Kendrick Lamar, “No More Parties in L.A.” The new releases are up on SoundCloud and you can listen to the single on his website.

West’s minimalistic website has an Easter egg hidden in the source code, an ASCII art representation of the “Real Friends,” cover art, which was shared widely across social media. Beneath it is cleverly marketed information for Lane Goldberg and David Baker, designers and developers of the site.

It’s a neat little hidden feature you can see by accessing the developer source code on the page. To peek under the hood, simply click on “View Source,” or “Show Page Source” in your browser’s developer menu.

If you want to create ASCII art to hide in your website’s code, you can generate your own image off a photo on this site.

Photo via kennyysun/Flickr (CC BY 2.0)