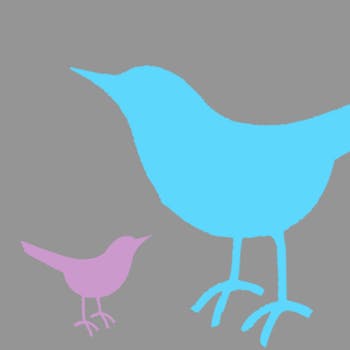 Kanvaso is a Twitter application that gives nostalgic users the look and feel of the old microblogging interface.

For users who miss the ability to send tweets longer than 140 characters—a feature Twitter killed off last fall after it acquired Tweetdeck, a desktop Twitter app—Kanvaso also adds that ability back, through a hyperlink it tacks on to tweets that exceed Twitter’s length limit.

The right-hand side of Kanvaso also looks like the old Twitter. It features your follower stats up top with links to Home, @ mentions, Direct Messages, Favorites, and Retweets underneath. 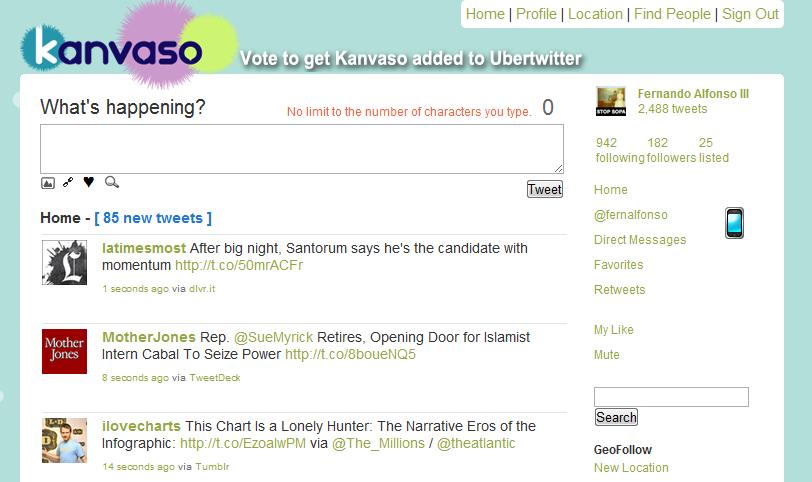 Probably the best Kanvaso feature missing from the current Twitter interface is the ability to open all Web pages, photos, and videos in the same window. Every hyperlink features a small arrow that opens a medium-sized window when clicked.

When loading a backlog of 50 tweet, Kanvaso loaded them much faster than Twitter.com. Twitter’s Trending Topics are missing from Kanvaso’s interface—a plus or a minus, depending on how you feel about those. Kanvaso’s ads above the message box get old fast.

While Kanvaso is a welcome change from some of Twitter’s innovative excesses, it’s going to need some fine-tuning before anyone besides nostalgic Twitter oldtimers flock to it.