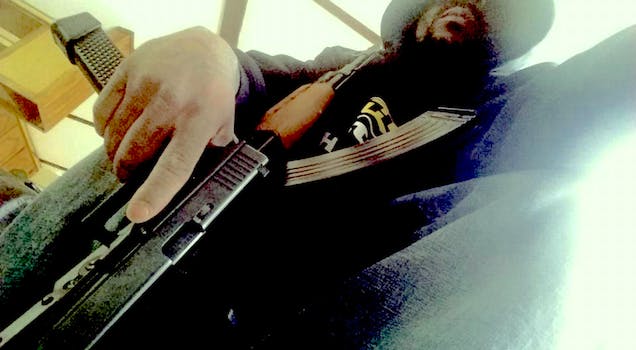 Ford was a painter for a lawn-care manufacturer in Harvey County, Kansas.

Three people were killed and 14 others injured, 10 of them critically, in a workplace shooting Thursday afternoon in Hesston, Kansas, according to police.

Harvey County authorities have confirmed the shooter is also dead.

“The shooter was actively firing on any target that came across his sights,” Walton later added.

One shooting took place at approximately 5pm local time at Excel Industries, a lawn-care equipment manufacturer, roughly 30 miles north of Wichita. According to a Facebook page apparently belonging to Ford, he was employed by the company as a painter.

“He chased some office people,” an employee told KAKE-TV. “He had an AK and he just started spraying everybody in the production area.”

A video uploaded in September 2015 by the same account shows Ford firing an assault rifle near the edge of a cornfield.

Hesston College, a two-year institution with roughly 450 students, entered a precautionary lockdown during the police response. No students or faculty were in immediate danger, the school said on Twitter.

Hesston College took precautionary measures and went into immediate lockdown when reports were received about the Excel Industries shooting.

Pat Roberts, the senior U.S. Senator from Kansas, tweeted that he was praying for “the victims of this senseless act of violence, their loved ones and for the safety of all those in Heston.”

Hesston has a population of roughly 3,700 people.

Update 10:41pm CT, Feb. 25: At a press conference, Harvey County Sheriff T. Walton confirmed that four people, including the gunman, were killed, and at least 14 others were injured.