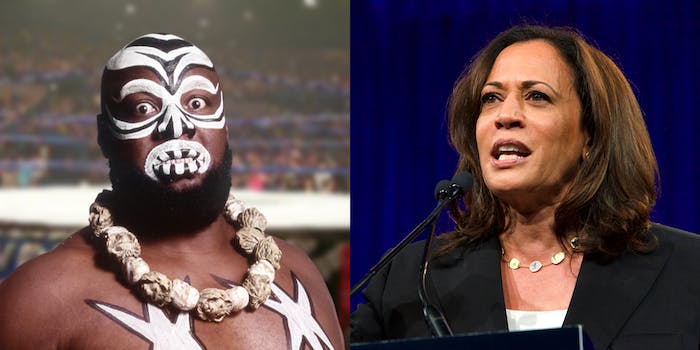 Confusion reigns online as Kamala Harris (not that one) dies

You can see the confusion.

It would be pretty jarring to find out that, in the midst of being vetted for a potential 2020 vice president slot, a U.S. senator passed away late on a Sunday night.

But Sen. Kamala Harris (D-Calif.) did not die last night.

Kamala Harris did. Got it?

The Democratic senator from California, who some see as Biden’s top choice for vice president, is perfectly fine.

That a number of Twitter users replied to the announcement with the hashtag #ripkamala and #ripkamalaharris didn’t help matters.

Some online complained about “the wrong Kamala Harris” dying.