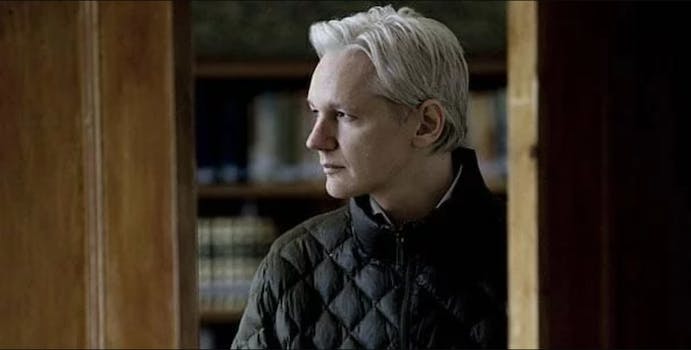 WikiLeaks founder Julian Assange was sentenced to 50 weeks in prison on Wednesday in the United Kingdom for breaching his bail conditions.

Assange had skipped bail by fleeing to the Ecuadorian embassy in London back in 2012, seeking to avoid extradition to Sweden over sexual assault allegations. Assange denied the allegations and viewed them as a ruse that would result in his rendition to the United States—where the Justice Department had been investigating him since 2010.

After almost seven years residing in the embassy, Assange was arrested on April 11 by London’s Metropolitan Police when Ecuador abruptly withdrew his asylum.

At Wednesday’s sentencing, lawyer Mark Summers read out loud a letter penned by Assange to the packed courtroom and to the judge.

“I apologize unreservedly to those who consider that I have disrespected them by the way I have pursued my case,” he wrote. “This is not what I wanted or intended.”

“I found myself struggling with terrifying circumstances for which neither I nor those from whom I sought advice could work out any remedy. I did what I thought at the time was the best and perhaps the only thing that could be done—which I hoped might lead to a legal resolution being reached between Ecuador and Sweden that would protect me from the worst of my fears,” the letter continued.

“I regret the course that this took; the difficulties were instead compounded and impacted upon very many others. While the difficulties I now face may have become even greater, nevertheless it is right for me to say this now.”

Assange’s legal team argued that the 47-year-old’s fear of extradition to the U.S. “overshadowed everything” in his decision to flee to the embassy.

Judge Deborah Taylor rejected the submission, however, and held that Assange’s breach of bail had not only cost the U.K. taxpayer the equivalent of $20 million but that he had “undoubtedly” impacted the Swedish investigation.

“Whilst you may have had fears as to what may happen to you, nonetheless you had a choice, and the course of action you chose was to commit this offense,” she told him.

Despite the effort at an explanation, the judge sentenced the 47-year-old to 50 weeks in a maximum security prison. WikiLeaks reacted to the news publicly through its official Twitter account, pointing out how unusually heavy-handed the sentence was.

Julian Assange's sentence, for seeking and receiving asylum, is twice as much as the sentencing guidelines. The so-called speedboat killer, convicted of manslaughter, was only sentenced to six months for failing to appear in court.

Assange’s legal woes are not over yet. He now faces the possibility of extradition to the U.S., where he faces a charge of “conspiracy to commit computer intrusion for agreeing to break a password to a classified U.S. government computer.” He has vowed to fight against his rendition.

The first extradition hearing is set for Thursday, May 2.