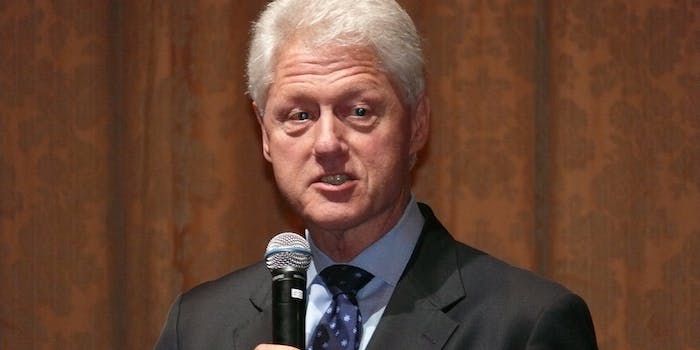 A woman who says Bill Clinton raped her in 1978 is speaking out again.

It looks like Hillary Clinton’s touting of former president Bill Clinton on the campaign trail may have backfired, as a woman who claims she was raped by Mr. Clinton has reignited discussion of the former commander in chief’s conduct toward women.

Juanita Broaddrick, who publicly accused Bill Clinton of sexual assault in 1978, sent a tweet highlighting her previous claims. Her tweet has received more than 1,300 retweets only three hours since it was posted.

I was 35 years old when Bill Clinton, Ark. Attorney General raped me and Hillary tried to silence me. I am now 73….it never goes away.

In 1999, Broaddrick told the New York Times that Bill Clinton forced her onto a bed in an Arkansas hotel room and raped her in 1978. Broaddrick originally tried to tell the story to major news outlets the day before Bill Clinton’s gubernatorial election, but was ignored.

“I’ve been quiet for too long, and now with the possibility of [Hillary Clinton] being the Democratic nominee and possibly president, I feel the need to get involved,” Broaddrick told the Hill. She praised Republican presidential candidate Donald Trump for rehashing the issue of Bill Clinton’s alleged misconduct toward women. “I’m glad someone did. Everyone has been hanging back and most of the mainstream media won’t approach it but it’s something that should be talked about.”

No physical evidence supporting her claim has been presented, nor have any charges been filed by Broaddrick.