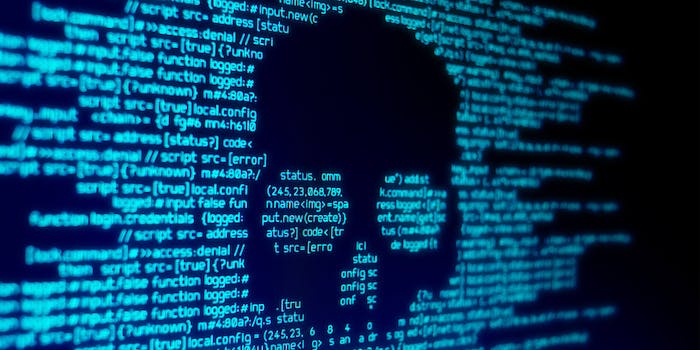 Inside the mistrial of alleged Vault 7 leaker Joshua Schulte

The government was unable to obtain a conviction.

In what was the Central Intelligence Agency’s (CIA) largest leak of classified information, the Vault 7 and Vault 8 releases published by WikiLeaks revealed tools used by the CIA to create backdoors and exploits into phones, computers, and smart TVs.

The trial of the CIA employee Joshua Schulte—who was charged with espionage for supposedly leaking that classified information to WikiLeaks—was declared a partial mistrial on Monday due to a hung jury after six hours of deliberation. It comes as a major blow to the government’s claim Schulte was behind the leaks.

Schulte was convicted of minor charges of contempt of court and making false statements to investigators.

The deliberations were muddied late last week when a juror was dismissed for researching and sharing information on the case to fellow jurors, against the judge’s instructions.

The leaks, which began in 2017, included colorfully named projects that wouldn’t be too far fetched in a James Bond movie, like “Brutal Kangaroo” which gives instructions on using USB drives to hack into air-gapped networks; and “Weeping Angel,” a tool developed alongside British intelligence in order to exploit smart TVs into recording with audio and possibly video while the TV appears to be off.

Whether the CIA or any government entity should be able to possess or use these powers is something that should be debated.

But during the trial, the higher moral question of whether these tools should be used against citizens was not up for discussion. Charges under the Espionage Act— a century-old law meant to deal with spies during World War One—don’t allow for debate as to whether the release of the information is in the public good.

Additionally, the government considers all leaked classified information as still being classified, despite that information now being in the public domain.

So, instead, the focus in the case was on whether Schulte did do the leak.

It was a case the government failed to prove.

Schulte started out as an intern at the CIA, supposedly enjoying the job so much that he delayed his graduation by a year in order to continue working there. He worked for the CIA as a software engineer. Prior to that, he worked as a systems engineer for the National Security Agency (NSA). His duties included working on some of the programs involved in the leak, such as Brutal Kangaroo. He left the CIA to work for Bloomberg as a software engineer in November 2016.

The government believed Schulte’s motive for the alleged leak stemmed from workplace altercations with a co-worker, who he claimed threatened his life, an allegation that Schulte didn’t think was taken seriously.

During the trial, the prosecution went through great lengths to try and prove that he was a person motivated purely by retaliation against a perceived hostile work environment. At the same time, his defense made it clear from their opening statement that Schulte was a difficult person to work with, but that he was not responsible for the leak.

Lost in this conversation is whether the tools being used are important or necessary, although the prosecution argued over and over again that Schulte put the country in danger because of his alleged leaks.

The question of Schulte leaking to WikiLeaks was far from clear, which explains the deadlocked jury.

The prosecution’s case relied on him habitually wiping his computer and the fact that he checked the Wikileaks website six times. “He lies without remorse and hesitation,” said Assistant U.S. Attorney Matthew Laroche during closing arguments on March 2.

Laroche cited Schulte smuggling a cell phone into prison and deleting activities while there and telling a reporter he was a member of Anonymous, the hacktivist collective. Laroche also said that Schulte had declared an “information war” and that he was “furious with family” because they hadn’t published any of his articles while he was in prison.

“That is not someone trying to clear his name,” Laroche said. “He was prepared to harm the government in, by his own words, an information war.”

The government believed that Schulte had given himself admin access to projects that he was not authorized to work on by reverting his computer back to a previous time when he had access, stole backups of the projects which ended up on WikiLeaks, then methodically deleted evidence of him doing so.

However, none of those things proved that Schulte was the one who leaked to WikiLeaks, which the defense was all too happy to point out.

“There are more questions now then when the trial began,” said defense attorney Sabrina Shroff. “The CIA was under tremendous pressure … they wanted to hold someone responsible for the leak.” Shroff had a counternarrative that a CIA employee known by “Michael” may have been the one who leaked the information.

Despite the fact that the case was declared a partial mistrial, the CIA should probably explain why the Confluence machine that held all of these hacking tools could be accessed by the password: 123ABCdef, according to court documents.

The prosecution is making the claim that these leaks are destructive and helpful to our adversaries, but it’s going to be tough to rationalize that given such lax security on these hacking tools in the first place.

Another problem within the government that was highlighted as result of this trial is the problem of over-classification.

According to a 2015 government report, 90% of classified documents could be released to the public safely. During a cross-examination of Leonard Small, who works for the CIA in the office of security, Shroff questioned the validity of keeping some of the leaked documents classified.

“Say the State Department classified a document about my hairstyle,” Shroff said. “It’s let out in the universe … would you agree with me that the classified document released to the public has no impact on the security of the United States?”

“I don’t know enough about where your hair came from; what the Chinese might have done to it,” said Little.

The government has consistently made the claim that classified documents that were released unauthorized to the public are damaging, but that alleged damage is far from provable.

Other leaks of classified information that the government claimed caused irreparable damage to national security didn’t seem to harm anybody at all. The Iraq and Afghanistan war logs, also released by WikiLeaks, were unable to show they caused harmed during Chelsea Manning’s espionage court-martial.

The trial has brought up some serious questions about security and classification that need to be addressed.

More importantly, the government needs to answer some questions about why the CIA is developing tools with the capability of spying on citizens from inside the devices themselves.

Such knowledge is dangerous.

With WikiLeaks founder Julian Assange facing his own legal issues, the question is whether the government’s insistence in fighting these leaks is truly stunting real conversations that need to take place around how the U.S. government exercises its powers of surveillance.

Schulte will return to court March 26, where the government is likely to announce a new trial.