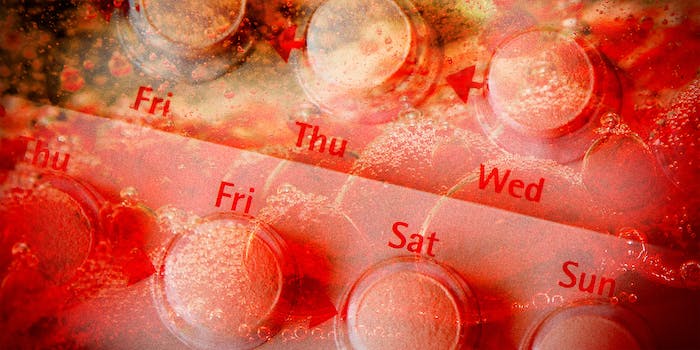 'Unlike with the Johnson & Johnson vaccine, no one cares.'

Women on TikTok are poking fun at the Food and Drug Administration (FDA) and Center for Disease Control (CDC) after the entities paused the Johnson & Johnson vaccine due to six blood clot cases as that risk is widely associated with birth control.

The J&J vaccine is reportedly on pause in the United States as six women developed blood clots after receiving it. It’s unconfirmed if the blood clots are a result of the single-dose vaccine. One of the women reportedly died. While the blood clots are not the same—due to where the clotting occurs and the type of clotting that occurs, according to Insider—female TikTokers are pointing out how women’s chances of developing clots increase when they take some birth control pills. And thus, the discourse surrounding this comparison is booming on the app.

“Don’t get me wrong im glad they’re investigating serious clotting events, but the stark comparison to the 1/1000 for bc…. #jjvaccine #birthcontrol,” one TikToker posted.

Johnson & Johnson has already administered around 6.8 million doses in the U.S., making the likelihood of developing a blood clot extremely slim as only six women have developed them as of Wednesday. Comparatively, one in 1,000 women develops blood clots after taking birth control a year.

Women on TikTok are now urging the same precautions to be taken when it comes to women’s health. “Ok so let’s do birth control next @ FDA,” one TikToker said.

“Everyone’s talking about how birth control also causes blood clots but unlike with the johnson & johnson vaccine no one cares, but what they’re failing to take into consideration is that birth control mostly affects WOMEN whereas the vaccine mostly affects PEOPLE,” another person added.

The CDC is reconvening on Wednesday to determine the next steps for the J&J vaccine.