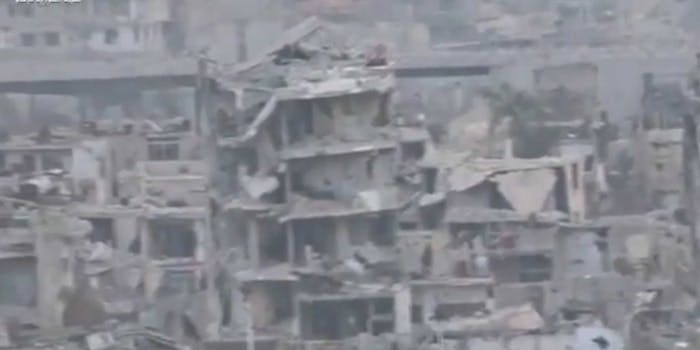 The Syrian Civil War has decimated the country for four years now and few areas have been as hard hit as the country’s capital, Damascus.

Jobar, a municipality on the city’s outskirts, has been hit particularly hard for years including 2013 chemical weapon attacks that happened so often as to be described as “a strange kind of routine” by Le Monde.

New video out of Jobar shows the current state of the neighborhood in the wake of continued attacks from the Assad regime: Desolate, destroyed, and nearly lifeless.