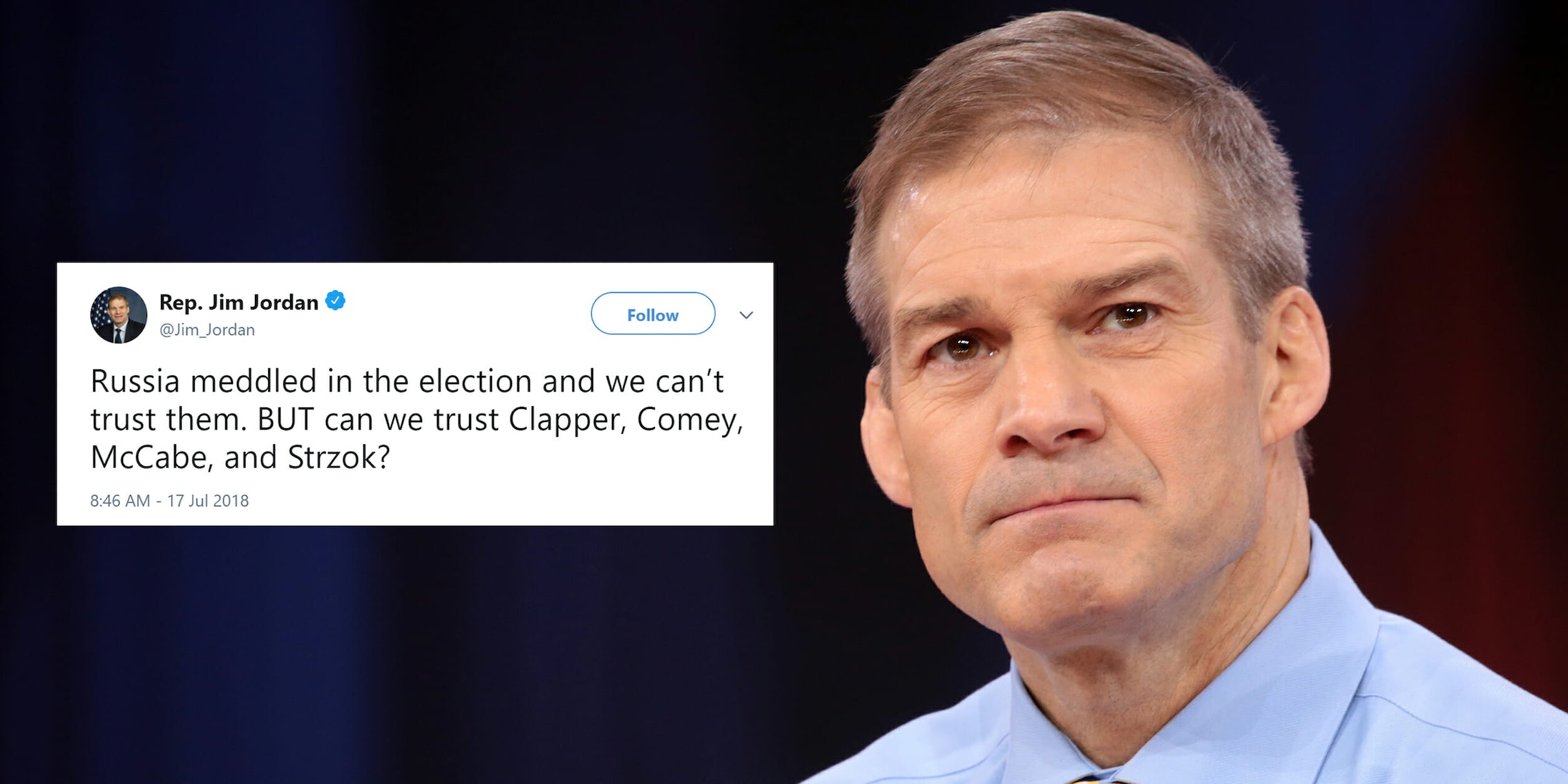 Everyone is dunking on this Rep. Jim Jordan tweet about the FBI

This is the definition of throwing stones while living in a glass house.

Today, Rep. Jim Jordan (R-Ohio) had this to say about President Donald Trump’s refusal to condemn Russian efforts to meddle in the 2016 election during a summit with Vladimir Putin:

Russia meddled in the election and we can’t trust them. BUT can we trust Clapper, Comey, McCabe, and Strzok?

His somewhat derivative, day-late stance about the FBI and intelligence agencies’ assessment that Russia interfered to help Trump get elected shouldn’t be taken as gospel—especially since it alludes to said agencies all conspiring to elect Hillary Clinton.

Maybe because Jordan is currently being accused of doing his own conspiring, in which he allegedly ignored rampant sexual abuse while he was an assistant wrestling coach at Ohio State. His focus on “trust” is an interesting one.

After the recent revelations from Ohio State, you don't get to question other people's trustworthiness anymore. https://t.co/FT3S8bISqQ

Can we trust a congressman who covered up sexual assault at OSU? https://t.co/UJTdZCajYe

Could your wrestling team trust you to defend them against being molested by the team doctor? https://t.co/iUNOHUdssP

This is a seriously flawed equivalent, Congressman. We can trust Clapper Comey McCabe & Strzok a hell of a lot more than Republicans. And we certainly can’t trust a member of congress who willfully refused to protect his students from sexual abuse. You absolutely need to resign.

Jordan is steadfastly denying the allegations against him, saying they are part of a deep state conspiracy, one different from the deep state that conspired to help Hillary Clinton.

Or maybe the same one. Who knows anymore.