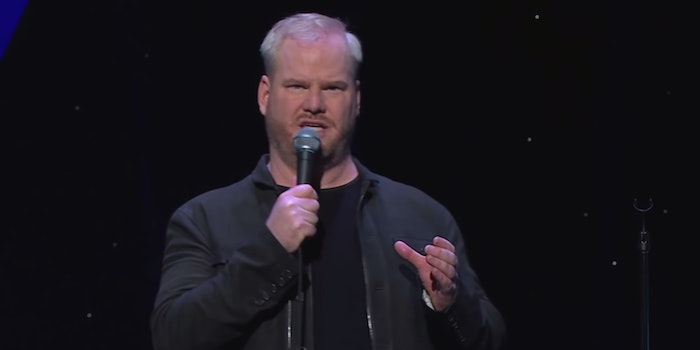 Jim Gaffigan to Trump-supporting fan on Twitter: ‘F*ck you Karen’

The family-friendly comedian goes on F-bomb-laden tweetstorm amid RNC.

Jim Gaffigan’s charmingly self-deprecating humor has made him a staple of comedy for decades. He tends to avoid politics and is known as a “clean” comedian, so any mention of the government or use of profanity catches the public’s attention. Last night, following an unexpected tweetstorm attacking the president, Gaffigan tore into a literal Karen who dared go after him for his political views.