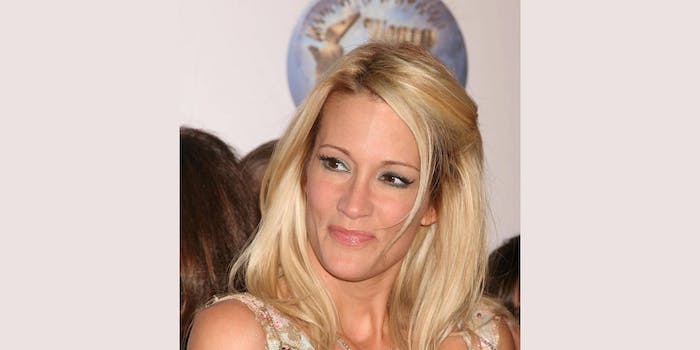 Drake is the third woman to be represented by lawyer Gloria Allred.

Lawyer Gloria Allred held a press conference on Saturday for Jessica Drake, who is accusing Republican nominee of sexual assault.

The incident occurred during a 2006 charity golf tournament in Stateline, Nevada, near Lake Tahoe. According to Drake, Trump struck up a conversation with her, she gave him her number, and soon he was inviting the adult film star up to his hotel room.

Feeling uncomfortable about his advances, Drake brought two friends with her. “He grabbed each of us tightly, in a hug and kissed each one of us without asking permission,” Drake said. The nonconsensual act was then followed up by Trump begging Drake to return to his room after she’d left and even invited her to a party.

According to Drake, the Donald or someone calling on his behalf offered her $10,000 and even use of his private jet after she feigned having to leave for Los Angeles in order to halt his advances. Trump’s persistence, combined with his inappropriate conduct, has troubled Drake immensely.

The picture the campaign is referring to could be the copious photos taken at the event, which journalist Xilla Valentine and many others were quick to point out.

Drake is the 11th person to come forward with such claims against the presidential candidate and is the third Trump accuser to be represented by Allred.