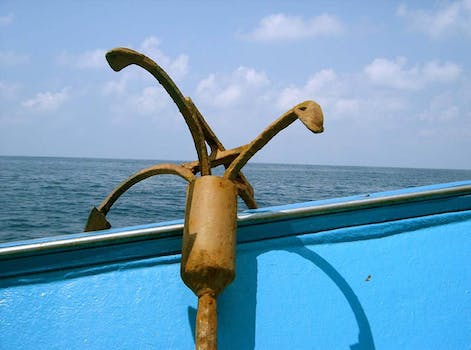 The Captain of the King Arthur is in trouble...

The cables, which connect the island to the British mainland, are owned by telecom company JT, which has since sent engineers to the site to carry out repair work.

“It is exceptionally unlucky and unprecedented for three submarine cables to the U.K. to be cut in the same day,” JT’s corporate affairs director Daragh McDermott told the BBC. Engineers now face what McDermott described as a “tricky, tricky job” in finding the break and fixing it, all while in an open stretch of sea that is known for high winds and stormy weather.

The coastguard are currently investigating the incident. However the main suspect vessel is an Italian-registered tanker called the King Arthur, which the coastguard’s Master Pilot Peter Moore alleged to have been moored in the banned area of sea—where the cables run.

Luckily for residents and businesses on Jersey, JT boasts one data cable line that runs to France from the island. The company was able to revert all internet connections through this cable, although for now speeds are extremely slow.

It could be up to a week before the deep underwater fiber optic cables are finally repaired fully.