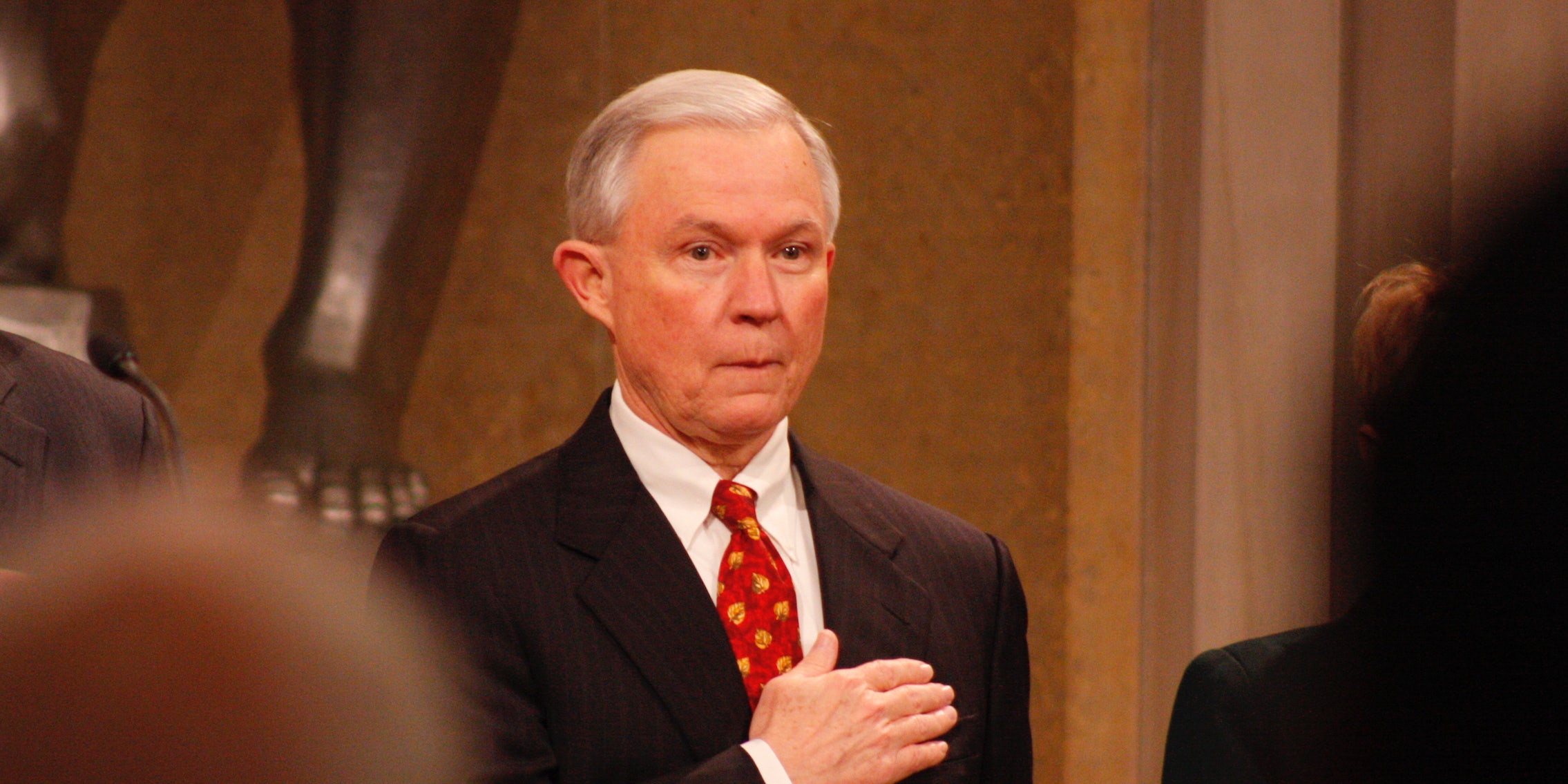 The attorney general formally recused himself but denied giving misleading answers during his confirmation process.

Attorney General Jeff Sessions announced Thursday that he would recuse himself from any investigation into the contact between the Trump campaign and intermediaries for the Russian government.

“I feel I should not be involved in investigating a campaign I had a role in,” he said.

Reporters descended on the U.S. Justice Department on Thursday following a story at the Washington Post that placed the former U.S. senator in at least two meetings last year with Russian Ambassador Sergey Kislyak, a longtime diplomat. The story prompted immediate calls for Sessions to recuse himself; some Democrats demanded his resignation.

“During the course of the confirmation proceedings on my nomination to be Attorney General, I advised the Senate Judiciary Committee that ‘If a specific matter where I believed my impartiality might be reasonably questioned, I would consult with [Justice] Department ethics officials regarding the most appropriate way to proceed,” Sessions told reporters, reading from a prepared statement.

“During the course of the last several weeks, I have met with the relevant senior career Department officials to discuss whether I should recuse myself from any matters arising from the campaigns for president of the United States.”

Sessions said that having concluded those meetings, he intends to recuse himself from any potential investigations into President Donald Trump’s campaign, for which he served as an adviser on matters of national security.

Sessions also vehemently denied misleading the U.S. senators who presided over his confirmation hearing in January. Asked by Sen. Al Franken (D-Minn.) on Jan. 10 to comment on reports regarding a “continuing exchange of information” between Trump surrogates and Kremlin intermediaries, Sessions responded: “I have been called a surrogate at a time or two in that campaign, and I did not have communications with the Russians.”

Asked about his testimony, Sessions said that he was “taken aback” by the question, adding: “In retrospect, I should have slowed down and said ‘But I did meet one Russian official a couple of times, that would be the ambassador.’”

President Trump on Thursday said that he “wasn’t aware” that Sessions had met with Kislyak. Responding to questions about whether Sessions had testified truthfully during his confirmation hearing, Trump said: “I think he probably did.”

Democratic members of the House Judiciary Committee on Thursday called for a criminal investigation into Sessions testimony to determine whether he had perjured himself.

Sessions said that he met with Kislyak along with at least two senior staffers last year. The Post reported that one of those meetings took place in September, at the height of the drama surrounding cyberattacks targeting Democratic Party officials. Sessions said that he “didn’t recall” discussing politics at any time.

“We listened to the ambassador about what his concerns might be,” Sessions said, adding that he “didn’t remember a lot” about the meeting. He said he recalled discussing how he had visited a church in Russia. “We talked a little about terrorism, as I recall,” he said. They also discussed Ukraine, at which point Sessions said the conversation turned “testy.”

“Most of these ambassadors are little gossipy,” Sessions said.

Responding to a question about whether Kislyak considered him a member of the Trump campaign, Sessions said that thinks ambassadors are “always out trying to find out things and advance their agenda,” while declining to remark on Kislyak’s mindset.

Asked if he had met with any other Russian officials or people connected to the Russian government, Sessions responded: “I don’t believe so. You know, we meet a lot of people.”