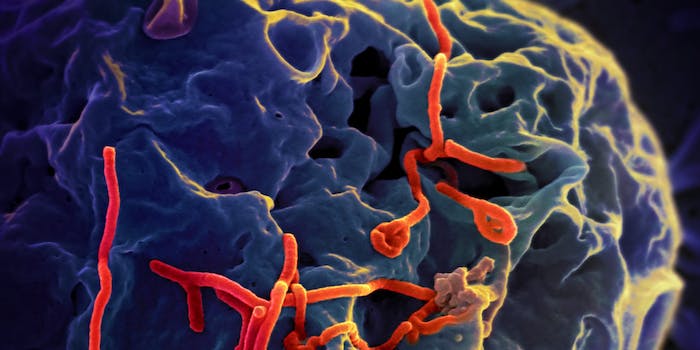 This congressman could not be more wrong about Ebola

“We don’t know what we don’t know about Ebola,” said Duncan. “We think we know it’s a virus, but is it mutating? Can it be spread by airborne?”

We actually know quite a lot about Ebola, including the fact that it can’t be spread “by airborne,” but rather must be transmitted via direct contact. As Dr. Ron Behrens, a senior lecturer at the London School of Hygiene, told BuzzFeed, “There’s been no strong evidence that there’s been a significant mutation in the virus over the last 30 or 40 years. It’s very unlikely to be a problem in such a short timescale.”

This is reinforced by the official findings of the Centers for Disease Control, and even Fox News host Shepard Smith. Still, Duncan is convinced that we should shut off our borders, a solution the CDC is adamant does not work. He’s also not sure that sending the 101st Airborne Division to supply aid in West Africa is a good idea, and thinks they’d probably be better off fighting in Iraq.

“I’m concerned that we’re sending these military men… facing an infectious disease that could be deadly,” says Duncan. “If they go to Iraq, and they fight ISIL, and they come home, they’re not bringing ISIL with them and threatening their families or platoon mates.”

If Duncan believes soldiers don’t bring wars home with them, he’s likely missing the subtext in the title of Tim O’Brien’s The Things They Carried. And, based on what know about Ebola, rather than “what don’t we know we don’t know,” it’s unlikely that a follow-up to the book will be written about the 101st returning from West Africa carrying the virus. Here’s to hoping that Duncan, and others spreading unnecessary fear and paranoia on the matter, stop getting all their Ebola facts from the 1995 film Outbreak.