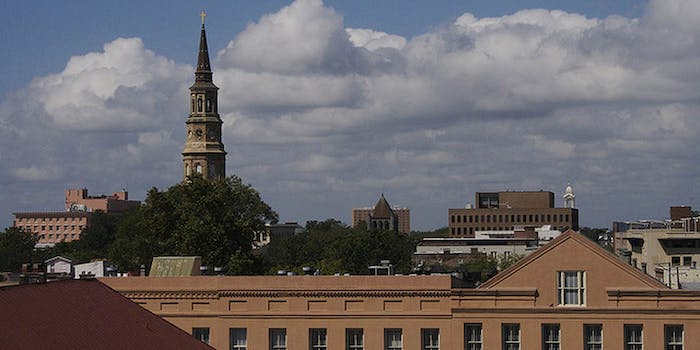 Much like #JeSuisCharlie, it is a reminder of terror and unity.

A terrorist attack on Jan. 7 at the Paris headquarters of satirical magazine Charlie Hebdo left 12 people dead. Six months later, the United States has suffered an attack nearly as deadly, with nine people dead after a shooting rampage at an historic Charleston, South Carolina, church.

When twelve were victims of terrorism in France, we were all Charlie. When nine are killed in Charleston, who will we be?

In the aftermath of the Hebdo massacre, people around the world and across social media banded together under the #JeSuisCharlie hashtag, which translates to “I am Charlie.”

But it became more than a hashtag; it transcended the Web and became a symbol of world unity and anti-terror sentiment. Now, in the immediate wake of Charleston, people are wondering: Who are we?

Still waiting for the " leaders of the free world " to march in solidarity with the people of charleston. #JeSuisCharleston

Where are all the people clutching their chests and saying #JeSuisCharleston too, tho? Don't be hypocrites.

Looking hard for a #JeSuisCharleston movement to spring up among white liberals. Or is that not with whom we identify?

Waiting for #JeSuisCharleston –doesn't everyone identify with people's right to be (both black and) alive?

No sooner did people start asking these questions than others began tweeting in earnest with the hashtag #JeSuisCharleston, a clear callout to the #JeSuisCharlie trend from January.

It's still terrorism when a white guy does it #JeSuisCharleston

But the main distinction between the movement inspired by the events in France and the one spurred by Charleston, is that people had an identifiable enemy: terrorists. Specifically, Muslim terrorists.

However, the meaning of #JeSuisCharleston is unclear. Does it mean we stand in unity with the black community? The Christian community? Or do we stand against white supremacists? People against gun control? White people?

Republican South Carolina senator and 2016 presidential candidate Lindsey Graham says the Charleston massacre is “not who we are, it’s not who our country is; it’s about this guy.”

Which leaves people still wondering: Then who Je suis?