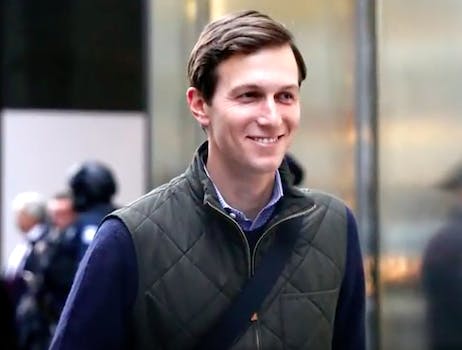 Kushner is being investigated for his Russian interactions.

Jared Kushner, top White House adviser and President Donald Trump’s son-in-law, is now a focus in the FBI’s investigation into Russia’s interference with the 2016 election.

Last week the Washington Post reported a senior White House official was a significant focus in the investigation but wasn’t named until Thursday evening.

Kushner is being investigated for his interactions with Russia after he held meetings with a Russian ambassador and banker Sergey Kislyak from Moscow in December. While the meeting isn’t illegal, the meetings and phone calls were not made public at the time. The New York Times reported that Kushner left out the meetings from his security clearance form, but his lawyer said it was an error and the forms would be amended.

Kushner is currently the only known White House official to be considered key in the investigation. He has agreed to discuss his Russian contacts with the Senate Intelligence Committee looking into Russian interactions.

The Post notes that Kushner is not a “target” of the investigation at this point. A target in an investigation is a suspect and Kushner has not been accused of any wrongdoing.