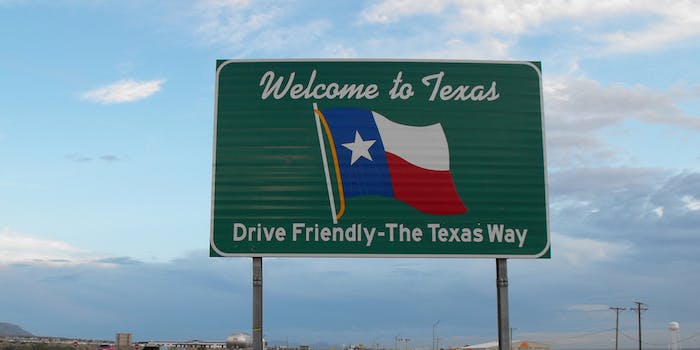 2016 Republicans, ranked by number of supporters who think Obama wants to invade Texas

Messing with Texas (by the numbers).

There are so many Republican candidates for president—rumored, announced, and whatever Jeb Bush is doing—it can be hard to tell them apart. Where does Marco Rubio start and Scott Walker begin?

People are judged by the company they keep, so one way to get a sense of the candidates is to see where the political views of their early-stage supporters diverge. There are a lot of issues one could look at, from positions on NSA surveillance to tax reform. However, one solid litmus test stands out: whether or not Barack Obama is using a military exercise called Jade Helm as a cover to invade Texas, confiscate everybody’s guns, and house freedom-loving patriots in prison camps inside of abandoned Walmarts.

A survey released earlier this week by Public Policy Polling asked a random sampling of 685 Republican primary voters if they thought “the government is trying to take over Texas or not?”

The pollsters found 32 percent of Republicans answered in the affirmative, presumably reading the glint in Obama’s eye as a thirst to get his hands on Lubbock rather than just extreme exhaustion. Another 40 percent answered negatively, and 28 percent weren’t sure.

Interestingly, support for the Jade Helm conspiracy wasn’t divided evenly among the different Republican candidates. In fact, there’s a 61 point difference between Chris Christy supporters, who believe Jade Helm is ridiculous, and Rick Perry backers, who think it’s ridiculously scary. Here are the leading candidates, ranked in order of how many of their supporters think Jade Helm is something sinister.

While Perry’s successor in the Texas governor’s office, Greg Abbot, sparked controversy across the country by calling on the Texas State Guard to keep an eye on the exercises, Perry himself has been considerably more restrained.

“I think it’s okay to question your government—I do it on a pretty regular basis,” Perry told reporters during an event earlier this month. “The military’s something else. You know, I think our military is quite trustworthy. Civilian leadership—you can always question that, but not the men and women in uniform.”

There were other issues on which there was a gap between the Jade Helm conspiracy theory believers and skeptics. Believers were significantly more likely to prefer the party nominate the most conservative candidate over one who could, realistically, beat the Democratic nominee in the general election. The 50 percent of Republicans who identified as Tea Party members counted themselves as believers.