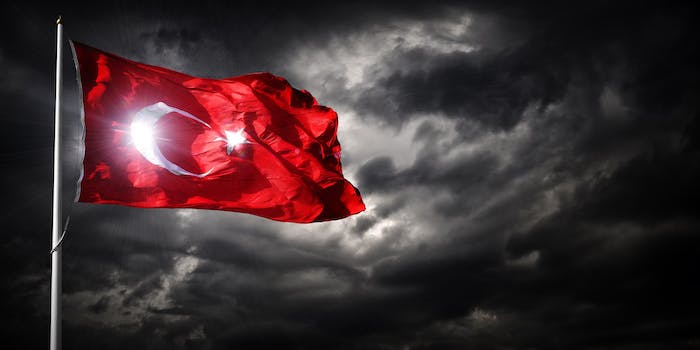 The other side of the Istanbul attack

Such horror brings out both the best and the worst in people.

On Tuesday night, one of the world’s busiest airports, Istanbul Ataturk Airport, was rocked by explosions. The triple suicide attack had so far left 44 dead, and further 238 injured, some still in critical condition, among them is the heroic police officer who shot one of the attackers and saved likely dozens of lives.

Such horror brings out both the best and the worst in people, and that’s what happened on that Tuesday night.

As soon as the explosions went off, the public transport system was shut down, bringing the main metro service that carries thousands of passengers to the city center to a halt. Those who survived the attack had to walk to the exit roads desperately searching for a taxi. Than this happened:

Borzou Daragahi, who is BuzzFeed’s Middle East correspondent, notes that taxi drivers tried to rip him off in many places, but that “one jerk [is] NOT representative of Istanbul or Turkey.” But there were other accounts reporting that taxis were passing on Turks and taking stranded tourists instead to make it easier to overcharge. Some rides reportedly started from $35—double the normal price—and were applied “per person” rather than per ride.

Turkey is known for bad crisis management; Turkish travellers could easily assume that it would take hours for officials to arrange public transport for the thousands of travellers stranded at the airport—which it did: About four hours after the attacks, busses started to bring a few hundred foreign tourists left at the airport to Taksim Square, promising they will be met with company agents there.

But at the square, there were only patrolling police officers who suggested they spend the night at the nearest park, Gezi Park, famous as the site of a major protest in 2013.

The “distress industry,” as one publicist named it, followed them there, with some predators approached the tourists at the Taksim Square offering to charge $60 for a room. The municipality, on the other hand, did not even return to calls for opening public guesthouses in the vicinity.

Yet, in times of need, it is the small sacrifices that make a good person, such as thousands of people queuing up to donate blood, or many offering their houses, such as this TV anchorman who lives near the airport:

Anybody in need of a safe place to spend the night near #AtatürkAirport ? You will be more than welcome to our house.

Another journalist arranged about 50 free Uber rides and tweeted a phone number in English for those in need:

Back at the square, citizen networks from the days of the Gezi Park protests made public calls for translators to come to the square and organized accommodation at nearby houses and hotels.

Just in time, a nearby hotel opened its doors to the stranded tourists for free, also tweeting its map for the helpers who are not familiar with the area.

We are willing to help stranded passengers!They can stay at our hotel for free of charge. Contact: https://t.co/zh2ZcjzwJi #istanbul

All of these coordination efforts, very similar to #PorteOuverte after November 2015 Paris attacks, would not be possible if the activists had not been using a virtual private network (VPN), since the Turkish government issued a gag order and blocked Twitter and Facebook following the attack.

Before morning arrived, there were no stranded tourists left at the Taksim Square. One of the hotels was flooded by good wishes for helping those in need:

We have received so many good messages since last night, sorry for not to respond them all. Thanks for all your good wishes and supports!

Acts of solidarity poured from all over the world:

…Including from the Russian citizens, who were recently brought to the edge of a war with Turkey when the Turkish government downed of a Russian warplane:

Istanbul is certainly a tragedy. Just three people attacked many, 44 of them died; hundreds were vulnerable, the government was ineffective, a few greedy people tried to exploit the needy. But in the end, the people of Istanbul found their own way to overcome this tragedy—literally thanks to their global connections.