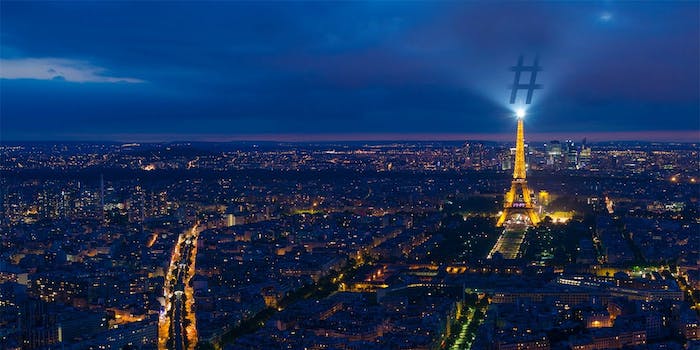 In response to a night of deadly terrorist attacks in Paris on Friday that have left at least 129 people dead, Parisians are coming together to offer a safe place for those who need a home.

Using the hashtag #portesouvertes, which translates to “open door,” people with space available to shelter people and those needing a place to stay are connecting across Twitter.

The hashtag quickly went viral in the wake of the attacks, which both helped amplify the cause and encourage more people to open their doors to strangers in need while also causing an avalanche of tweets highlighting the goodwill.

People are now urging those who aren’t either offering shelter or looking for a place to stay to stop using the hashtag.

The attacks in Paris on Friday night happened in seven locations. Around 100 people were taken hostage at Batclan Concert Hall where an American rock band was playing, but reports have stated that police raided the concert hall and that two attackers were killed. French president François Hollande declared a state of emergency and closed France’s borders while the search for those responsible plays out. Law enforcement has also enacted a curfew for the first time since World War II.