A new channel on the messaging app Telegram is setting out to teach graphic design to terrorism fanboys. Created on Sunday, the group is called “Jihadi Design” and intends to give tools and training to online supporters of the Islamic State, who are looking to create some DIY anti-Western propaganda.

A message, posted by the channel’s creator to its nearly 200 members, promises to take recruits from “from zero to professionalism.”

The goal is the kind of unofficial propaganda that circulates on pro-ISIS social media channels, for the purpose of threatening the West — images that show the Eiffel Tower or other famous edifices photoshopped to look like they’re on fire, or acts of violence towards Barack Obama and other world leaders.

The channel offers short online classes, where members are provided with everything they need in order to produce Jihadi propaganda, such as a collection of themed icons and templates to download and step-by-step YouTube tutorials on Photoshop and other design programs. On Monday, the channel offered to sharpen followers’ skills by creating a poster that threatens a lone wolf attack in London. First, organizers uploaded icons of Big Ben, an armed Jihadi soldier, and a fighter jet, alongside pictures of the city of London, and asked followers to download them. Next, followers were given instructions on how to use the design app MasterFx app to combine the images into one threatening poster. The last step was adding a caption in Arabic and slightly awkward English, reading, “The lone wolf soon in London.”

These groups make up a swirling network of ISIS members and their sympathizers who congregate in various channels and groups online. Activities like these are not necessarily connected to the actual planning or carrying out of attacks by the terror group; most are likely closer to trolls, who post images to offend and startle strangers online. 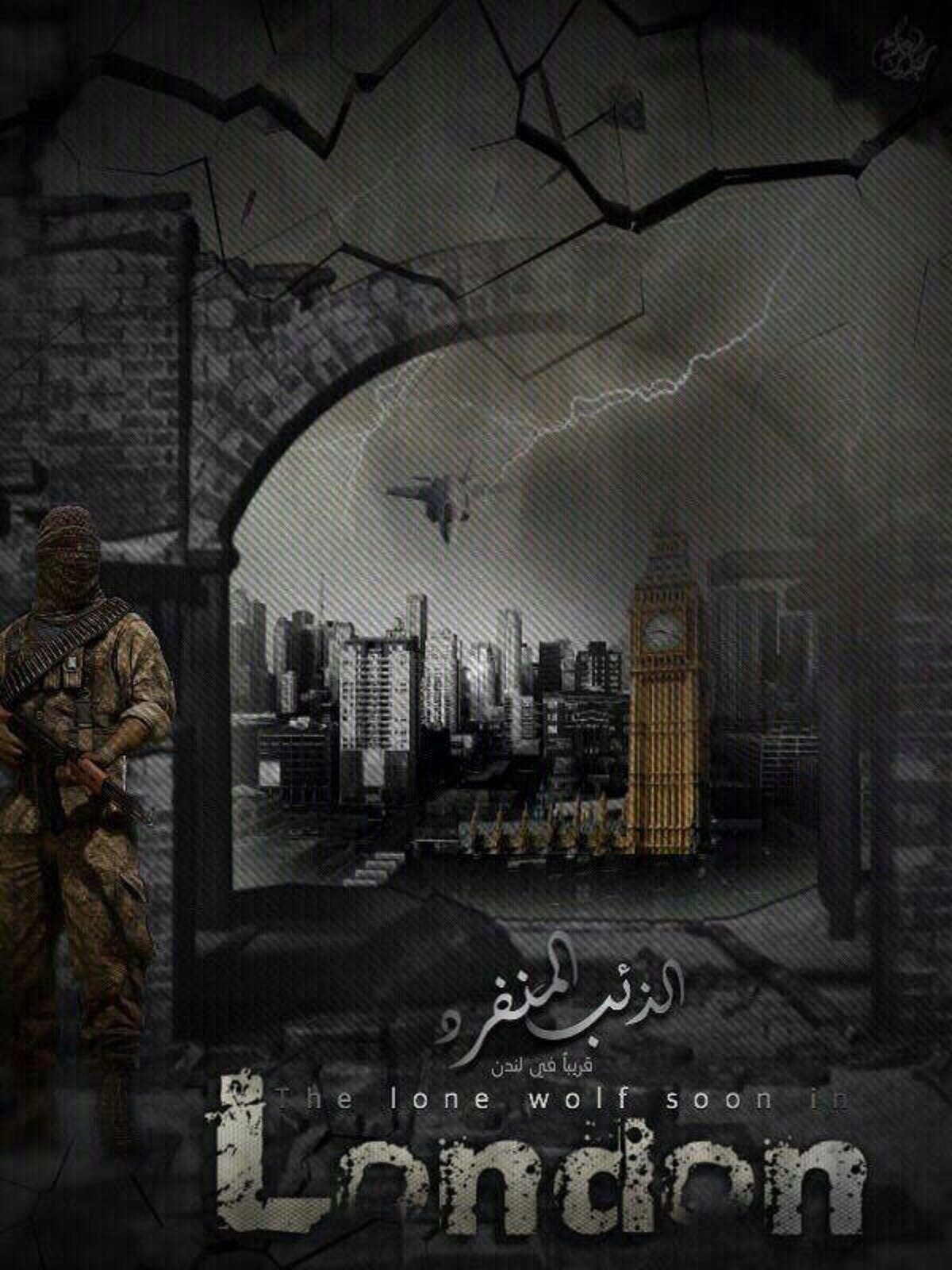