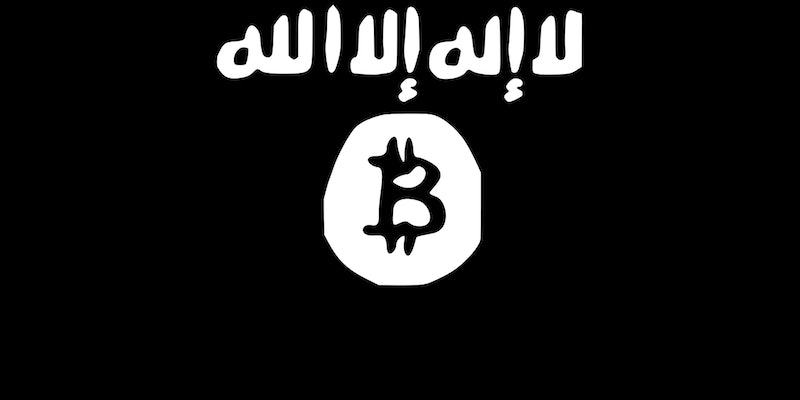 A blogger is teaching jihadi groups, and specifically members of the Islamic State of Iraq and Syria (ISIS), how to organize and finance terrorism through Bitcoin, Sky News reports. A recent blog post highlights how well the cryptocurrency can serve the needs of ISIS militants.

ISIS, which now calls itself the Islamic Caliphate, has captured a large swath of territory in northern Syria and Iraq in recent months, as it attempts to establish a strict Islamist state in the region.

The article, which can be read as a PDF here, was reportedly sent to Sky News from sources within ISIS/Islamic Caliphate. It comes from a “new online magazine” and showcases tools like Dark Wallet that have been marketed as “money laundering tools” by developers.

Silk Road is also mentioned as “an online black market that could have potentially be used for anything from purchasing weapons to donating to  mujahideen, though most kufar [a derogatory term for non-Muslims] used it to intoxicate themselves.”

The author, known as Amreeki (American) Witness, frequently posts on Twitter to over 1,000 followers.

To the people in the Bitcoin community who think I’m a spy because my English isn’t broken – I laugh.

“This allows our brothers stuck outside of the ardh Dawlatul-Islam to avoid government taxes along with secretly fund the mujahideen with no legal danger upon them,” reads Amreeki Witness’s article. “This system has the potential to revive the lost sunnah [the ideal Muslim way of life, based on the teachings of Muhammed] of donating to the mujahideen, it is simple, easy, and we ask Allah to hasten it’s [sic] usage for us.”

Psuedononymous Bitcoin usage by criminals and terrorists has long been a source of criticism for the digital currency. Bitcoin’s defenders, however, say that articles like these spread needless “fear, uncertainty, and doubt” and question its authenticity—which, it has to be noted, has not been verified.

If you are a real terrorist organization and you plan on terrorist attacks, are you really going to publish a blog saying to use Bitcoin?

This report comes just a week after it was revealed that the National Security Agency targeted Tor users because the software is “a comsec [communications security] mechanism advocated by extremists on extremist forums.”

Although the NSA’s dragnet was so broad as to invite a torrent of derision, several journalists tracking online jihadi activity nodded in agreement. Noted journalist J.M. Berger said he saw such discussion and pointed to @switch_d, who confirmed its use by terrorists.

Free speech protesters in countries like Turkey, Ukraine, Russia, and Iraq also use Tor, however—and for the exact same reason as the jihadis: security and freedom.