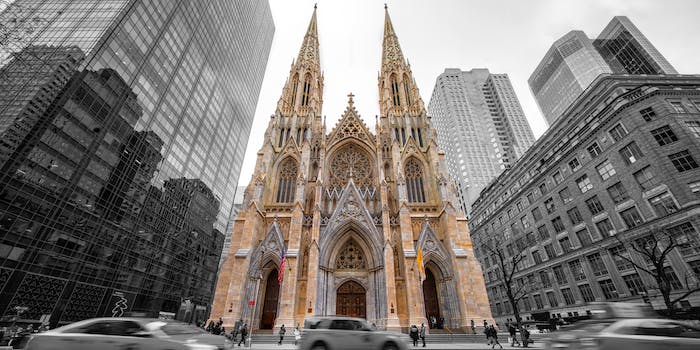 ISIS wants to 'turn the Christian New Year into a bloody horror movie.'

The Islamic State published the names and addresses of thousands of churches in the United States and called on its adherents to attack them during the holiday season, according to a message posted late-night Wednesday in the group’s “Secrets of Jihadis” social media group.

A user going by the name of “Abu Marya al-Iraqi” posted an Arabic-language message calling “for bloody celebrations in the Christian New Year” and announced the group’s plans to utilize its network of lone wolf attackers to “turn the Christian New Year into a bloody horror movie, that will force [the infidels] to hide inside their burrows during their holidays and regret for the participation of their countries in the war against The Islamic State.”

“The lone wolves will turn the streets into rivers of blood, by ramming, exploding and poisoning,” he wrote.

The message appeared in a pro-ISIS group on Telegram that provides manuals for the use and preparations of weapons and explosives for aspiring assailants.

In another group post, a member summoned “the sons of Islam” to target “churches, well-known hotels, crowded coffee shops, streets, markets and public places,” and shared a list of church addresses in the United States, as well as in Canada, France, and the Netherlands.

ISIS claimed responsibility for this week’s Christmas market attack in Berlin that killed 12 and injured 48. The group said that the assailant was a “soldier of the Islamic State,” who followed organizational orders “to target coalition countries.”

The suspect was identified as Anis Amri, a Tunisian man in his 20s who reportedly had Salafi and jihadi connections in Tunisia and Germany.