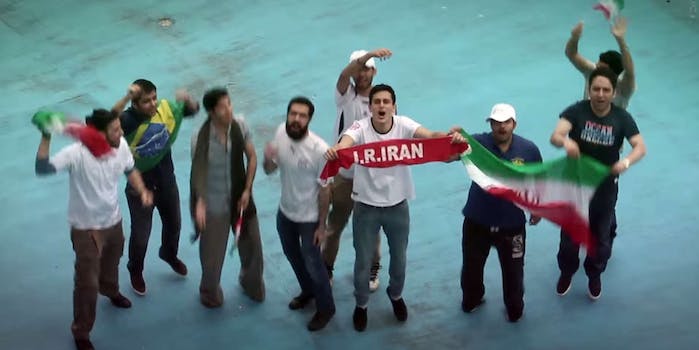 The two actors who appeared in what Iranian police call the “vulgar” video are currently known only by their initials, S.M. and M.L., as well as the facts that they are 23-years-old and living in Shahrud, a small city 250 miles east of Tehran.

Several actors in the new World Cup video aren’t wearing any covering but no charges have been released to the public. You can view the video below.

Iran’s World Cup, despite yielding only a loss and draw so far, has seen the team play close and nearly draw Argentina, one of the best teams in the world. Only a late goal by Lionel Messi ended Iran’s hopes.

The video was aired on a satellite television network, the Agence-France Presse reports. Satellite dishes are illegal but easy to find in Iran.