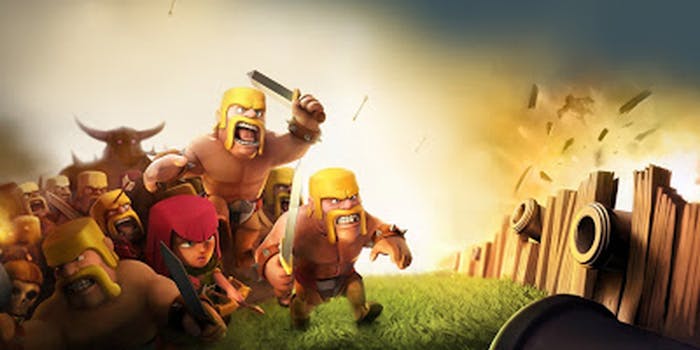 Paula Marner was shocked to get an iTunes bill for $3,000 after her 7-year-old twins racked up in-game expenses on her iPad and iPod.

Between online banking, eBay and PayPal, and purely digital currencies like Bitcoin, money is becoming an increasingly abstract concept. That real-world cash can also buy virtual goods in immersive games like Second Life further confuses the matter, especially for kids.

But Paula Marner, a Canadian mother of twin 7-year-olds, ought to have known better. Her rule for the children was “never download an app without permission,” which fails to take into account the potentially devastating cost of accumulated “in-app purchases.”

A common feature of many free apps—in this case, the immensely popular “epic combat strategy game” Clash of Clans—in-app purchasing allows users to spend actual money on items within the virtual world.

Marner, who didn’t know this, was shocked to get an iTunes bill for $3,000 after her twins racked up in-game expenses on her iPad and iPod, unaware of the consequences. Either she didn’t bother to read Clash of Clans’ description, or the developers have since amended it:

PLEASE NOTE! Clash of Clans is completely free to play, however some game items can also be purchased for real money. If you don’t want to use this feature, please disable in-app purchases in your device’s settings.

Apple recently settled a $100 million class-action lawsuit over unauthorized in-app purchases, which many, including Marner, claim are willfully deceitful. At issue was the fact that children could often make such purchases without use of an Apple account password. Plaintiffs received this message:

You may choose between (a) a single $5 iTunes Store credit or (b) a credit equal to the total amount of Game Currency that a minor charged to your iTunes account without your knowledge or permission within a single forty-five (45) day period, less any refund you previously received (“Aggregate Relief”). A cash refund in lieu of an iTunes Store credit is available if (a) you no longer have an active iTunes account, or (b) your claims exceed $30 in total. Additional requirements for claiming charges after the forty-five (45) day period apply. You must complete a valid Claim Form to receive settlement benefits.

Marner was able to dodge her $3,000 debt, but that wasn’t good enough, according to CBC News, which reported that the incensed mother “wants in-app purchasing disabled on Apple devices.” Again, might be a lot easier to go ahead and disable it herself.

Anyway, we’re betting the twins had a pretty awesome run on Clash of Clans before they were brought down for their nefarious computer fraud. Here’s hoping they find a more cost-effective way to play.

Photo via Clash of Clans