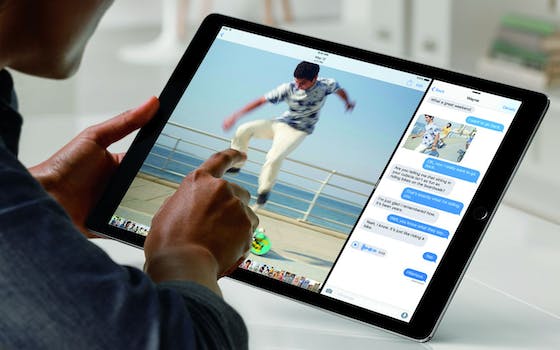 Apple’s iPad Pro finally has a release date, and it’s sooner than you think

It's going to be huge.

For 40 countries, Wednesday will be iPad Pro day. The super-sized version of Apple’s tablet will officially be available to order online starting November 11, with the device available in stores later in the week.

The 12.9-inch tablet, which Apple Senior Vice President of Worldwide Marketing Philip Schiller describes as “epic,” will start at $799 for the 32GB model and run as high as $1079 for the 128 GB version with 4G LTE connectivity.

Apple will also be selling add-ons to help make use of its biggest tablet to date: the Apple Pencil, a bluetooth-connected stylus with pressure sensitivity and angle detection, will retail for $99 while the Smart Keyboard and its magnetic connection that provides data transfer and power will go for $129. Smart Covers will be available for $59, while new iPad Pro Silicone Cases will be go for $79.

While iPad sales have slowed in recent years—coinciding with the increase in size for phone screens—Apple is hoping the iPad Pro will crack the code for business, education, and creative fields who require more screen real estate and a more functional interface than the standard tablet.

The iPad Pro will pack 5.6 million pixels into the 12.9 inch Retina display, the most ever in an iOS device. It will be powered by a 64-bit A9X chip that should be able to handle the more intensive work that Apple expects the tablet to be used for.

Apple has a handful of developers working on apps that will be designed specifically for the iPad Pro, rather than a scaled up version of a previous iOS app. Apps like Photoshop, 3D sketching app UMake, and the popular drawing app Paper are already making use of the latest device from Apple.

While orders can be placed for the iPad Pro as soon as Wednesday, Apple will be offering workshops for the skeptical and curious at Apple Stores.