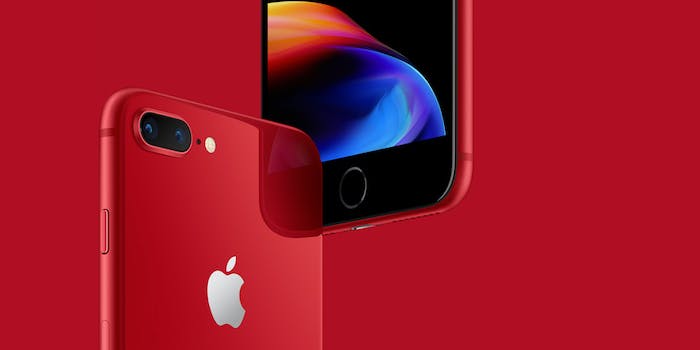 If you’ve dropped your iPhone 8 and got a third-party screen replacement, hold off on upgrading to the latest version of iOS.

According to Motherboard, iOS 11.3 breaks the touchscreen functionality in iPhone 8s whose screens have been replaced with aftermarket models. The screens on these phones still display content but don’t register the touches, taps, or swipes of a finger—rendering the device nearly useless. iOS 11.3 debuted March 29 and includes the long-awaited capability to turn off battery-throttling in older iPhones.

The issue with the update seems to center around the microchip that controls screen functionality. Third-party repair shops can get around the issue, but it involves operating on previously fixed iPhones, opening them back up to get at that chip, and upgrading it.

A couple of similar issues happened with iOS updates last year. One update disabled touchscreen functionality on iPhone 7s—luckily, the issue was fixed quickly in a patch a week later. Another bug targeted iPhone 6s. Those who had their home button repaired at third-party shops experienced an “error 53” problem in iOS 9. Once updated, devices were essentially dead.

The series of bugs has some believing that Apple is deliberately handicapping third-party Apple device repair shops. Apple retail stores offer screen, home button, and other parts’ replacements, but particularly if the device is out of warranty, the price can be much higher than at a third-party shop.

“This has caused my company over 2,000 reshipments,” Aakshay Kripalani, CEO of Georgia repair shop Injured Gadgets, told Motherboard regarding the iOS 11.3 issue. “Customers are annoyed and it seems like Apple is doing this to prevent customers from doing third-party repair.”

The latest issue only seems to be affecting iPhone 8 models, so it’s possible that—like with the similar issue in 2017 with iPhone 7s—this is a bug that will be fixed in a subsequent iOS update. Still, if you haven’t yet updated to iOS 11.3 and own an iPhone 8 with a repaired screen, it’s a good idea to hold off on this particular update.