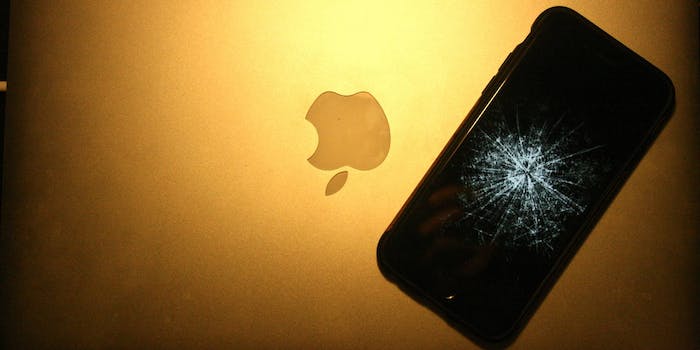 You didn't read about this in Apple's recent press release.

Apple‘s new iOS 10 has one tweak that isn’t in the press release: a “severe” security flaw.

This process of using a computer to try to “guess” the password of a device or account is known as a brute-force attack, or just brute-forcing. With the change in iOS 10, brute-forcing backups is far easier than it was with earlier versions of the mobile operating system.

Elcomsoft CEO Vladimir Katalov tells Motherboard that Apple is aware of the issue and appears eager to fix it. However, it may require fixing both iOS 10 and iTunes, along with other potential conversations.

News of a weakness in iOS 10 comes amid an ongoing debate over encryption, which rocketed into the national consciousness last year after the FBI demanded Apple help it crack into the iPhone of one of the deceased San Bernardino shooters.