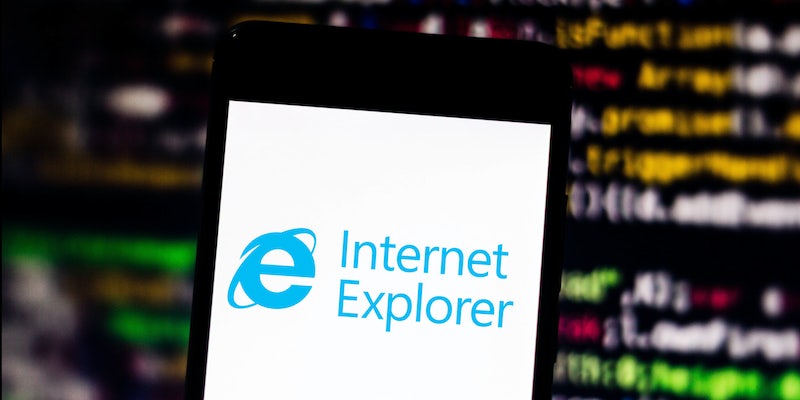 It’s time to say your goodbyes to Internet Explorer

The old-school browser will officially lose support next year.

Microsoft announced this week that one of the most recognizable parts of the early internet, Internet Explorer, will no longer have support starting next year.

“Customers have been using IE 11 since 2013 when the online environment was much less sophisticated than the landscape today,” the company said in the blog post. “Since then, open web standards and newer browsers—like the new Microsoft Edge—have enabled better, more innovative online experiences.”

The move seemed likely after the tech giant created its Edge browser in 2015. Edge soon replaced the old-school browser as the default one for users on Windows computers.

The current version of Edge uses Chromium open-source software developed by Google. Older versions of Edge that don’t use Chromium will no longer have support after March 9, 2021, Microsoft said.

Still, the end of Internet Explorer will mark the demise of one of the most recognizable pieces of early-internet use.

Internet Explorer was a large part of the early “browser wars” with Netscape Navigator and soon became synonymous with internet use for millions. However, the browser lost its dominance with the introduction of other competitors like Google’s Chrome and Mozilla’s Firefox.

Despite the nostalgia, the browser had its fair share of criticism, especially when compared to other options.