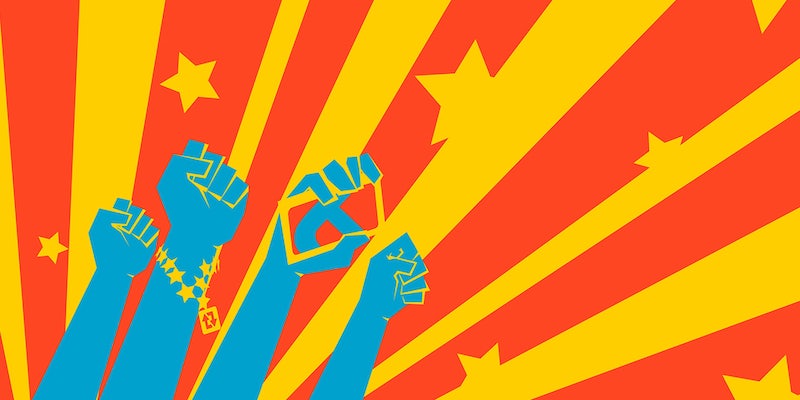 From cybersecurity to digital privacy laws, these are the people constantly laying down wisdom in 140 characters.

The furious and uncertain march of Internet freedom is, well, tough to understand on a day-to-day basis.

After all, who can easily explain the latest Supreme Court decision affecting the digital world? Who has the smartest, most up-to-date take on the frontier of privacy? And, come to think of it, what the hell does any of it mean?

Luckily, Twitter makes it easy to follow some of the most clever minds in the Internet freedom world by providing a 140 character window into the important things they think, do, and say. If you’re following the right people, that can make understanding Internet freedom issues a doable task.

We’ve put together a list of 11 Twitter accounts that every Internet activist should be following. Of course, there are a hundreds more high-quality feeds, so let us know your favorites in the comment section below.

Oh cypherpunks: “But as Benjamin Franklin would say, those who would trade liberated networks for efficient networks deserve neither.”

Appelbaum is a man who wears many hats: Hacker, journalist, charismatic advocate, aggressive activist, and happy warrior. He gained access to the Snowden documents, develops and speaks for the Tor project, has close ties to Wikileaks, and is involved in so many important Internet freedom stories that he is a must-follow for anyone interested in the future of cyberspace.

Awarding Snowden the Nobel Peace Prize would be an extremely bold and controversial choice, but also a correct one: https://t.co/E99btrgqpV

Sandvik, who is a Tor developer, a journalist at Forbes, and a technical advisor to the Freedom of the Press Foundation, is a staunch activist for Internet freedom. As an early adopter of the Cryptoparty, she shared the stage with Edward Snowden before he became a household name.

If you’re an American on the buddy list of someone who is a known foreigner, NSA can consider you “foreign” too. pic.twitter.com/wpYQ8UNF0z

As the executive director of the Freedom of the Press Foundation and a columnist for the Guardian, there are few who provide such consistently illuminating insight into the emergent legal landscape that is shaping the future of the Internet.

Schneier is required reading for anyone interested in the way cybersecurity and technology affects our lives. For decades, he’s broken down complex concepts into comprehensible essays while avoiding dumbing down at all costs—a huge task that has earned him no shortage of praise. When Snowden released tens of thousands of documents to journalists, it was Schneier who was called in to transform many of the technical documents into something anyone could understand.

if you think about it, corporations are basically patronuses for rich people

Jeong, a recent Harvard Law graduate, provides excellent legal insight at outlets like Wired, Slate, and the Guardian. If Harvard Law isn’t enough, her pedigree includes the Berkman Center for Internet & Society, an excellent Harvard institution dedicated to understanding the way cyberspace is changing the world.

Great point by @adamdraper at #bitcoinpressconference: When the government seizes cocaine, it doesn’t auction it. Vote of confidence in BTC.

Part law professor, part tech pundit, and part developer, Brito is a Bitcoin-loving libertarian who contributes to Reason magazine. Even if that’s not your political cup of tea, Brito smartly brings to bear a vast understanding of the way technology, economics, and politics intersect in a way that can help even those who disagree with him better understand Internet freedom issues.

Exploits are not used to steal “your” secrets because you have no secrets, you have data stored on other people’s computers.

Calling Grugq a “Twitter celebrity” short-sells his actual abilities, but it’s the truth: He’s mastered the art of being pithy and poignant in 140 characters or less. If that’s not enough, he’s a security researcher who has famously made a name for himself by discovering cybersecurity flaws. Better still, he runs a couple of blogs (both named Hacker Tradecraft) that focus on counterintelligence and operational security in an accessible way rarely seen elsewhere. In short, Grugq’s counterintelligence chatter isn’t just funny and smart, it’s essential.

Also, I love CIA’s take on “regime.” Don’t use it for democratically elected or govt’s we like. https://t.co/21OeJwtMrq Saudis NOT a regime!

One of the most influential Internet freedom activists around today, Wheeler has provided unmatched insight on everything important to Internet activists, from the National Security Agency leaks to landmark digital privacy court decisions, much of which has gained her the attention of senators and pundits alike.

UK gov to require retention of phone metadata that the NSA uses to target people for assassination. But don’t worry, it isn’t content.

There are few organizations doing more to protect digital rights than the American Civil Liberties Union, and the ACLU has few smarter public advocates than Soghoian, its principal technologist. Along with ACLU legal colleagues like Patrick Toomey, Soghoian’s feed is a direct link to one of the best minds driving the ACLU today.

Somebody please hack something.

Green, a cryptography professor at Johns Hopkins, is a key figure in privacy movements ranging from basic data encryption to cryptocurrency. But he’s not just a airy academic; he’s a developer who has created actionable products like ZeroCash that are meant to take ideas like Bitcoin and bring them into a more secure future.

If “representing guilty or unpopular clients is likely to be a political liability down the road,” we’re in trouble: https://t.co/EEmO7jG92l

As an Electronic Frontier Foundation staff attorney, Fakhoury is manning the front lines in a digital rights war that, even in the best case scenario, will continue to be fought even a century from now. There’s nothing quite like getting instant wisdom from sharp legal minds on these key Internet battles, and Fakhoury in a way that will help you wrap your head around how government affects cyberspace.