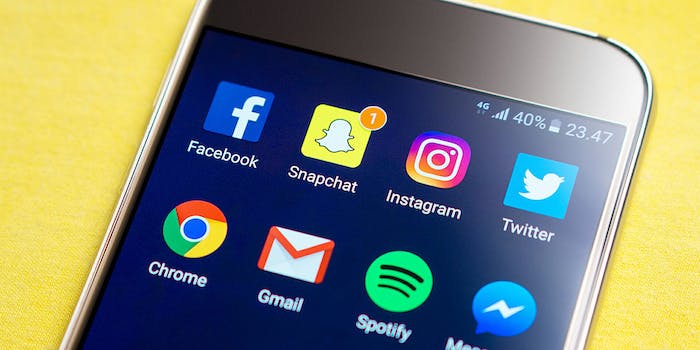 This is why GIFs weren't working on the two apps last weekend.

Instagram and Snapchat users will be temporarily unable to embed GIFs into their stories after a racist GIF was discovered in the library last weekend, according to TechCrunch.

Both apps suspended the feature after users uncovered the racist GIF in the library Snapchat makes available to users, curated by Giphy. Both platforms have since temporarily pulled GIF stickers to conduct a review.

The GIF in question appeared when users searched for “crime” in the GIF database. It read “N****r Crime Death Counter—Keep Cranking Bonzo, the Numbers Just Keep on Climbing!” and showed a white man holding a microphone directing a gorilla turning a crank.

Statements from both Instagram and Snapchat said the companies were waiting for Giphy to conduct a review. Giphy told TechCrunch the racist GIF was the result of a bug.

“After investigation of the incident, this sticker was available due to a bug in our content moderation filters specifically affecting GIF stickers,” a spokesperson said. “We have fixed the bug and have re-moderated all of the GIF stickers in our library.”

The GIF feature will return once the company finishes hand-checking the entire library.