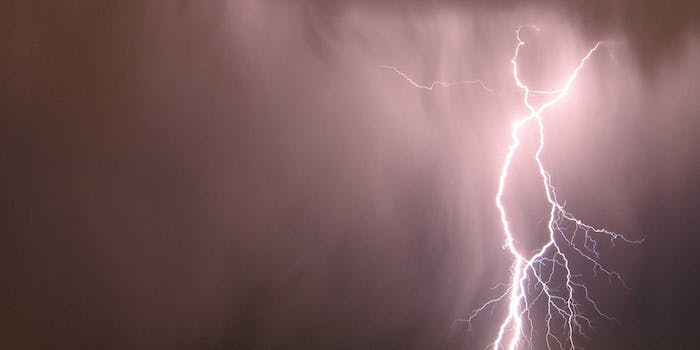 In most countries, Bolt isn't quite real yet.

Well, it looks like Instagram’s puzzling leak has materialized into an app after all—just not one in the U.S. or Europe. As Facebook would put it, it’s complicated.

After a little something called Bolt popped up in a handful of users’ Instagram accounts late at night, we were left to wonder if Bolt was just an ad experiment or something more substantial. The new Instagram app has since been confirmed by TechCrunch, which seems to have the exclusive take on what we can expect if Bolt makes it beyond its initial markets of Singapore, South Africa, and New Zealand.

While Facebook and Instagram would like us to believe that they’re “just getting the kinks out” before a broad launch, that’s not the way things normally go. It’s far more likely that Instagram and its parent company are dealing with the quite reasonable shot across the legal bow fired by the makers of the existing Bolt app, which also happens to be in the messaging space:

It wasn’t too long ago that you were the little guy. I know you haven’t forgotten how hard it is to build something from nothing. And not just technology, but a brand and distinct identity for yourself. Imagine how it would have felt if Google or Apple or Facebook had launched a photo-sharing app called Instagram in 2011.

We’ve been using the Bolt name in the mobile messaging market for a year, and technically we have to “police our mark”, otherwise we risk losing it. We don’t want a legal battle over this, and we think it’s not too late for you to consider an alternate name before launch. I have a whole list of names we brainstormed last May that I’d be happy to share.

As Facebook spreads out across a growing collection of standalone apps, Bolt will be Instagram’s first proper spin-off app, for better or worse. Personally, I love Instagram how it is (it’s still my favorite app). And while I found the addition of video weird, I still love the app, so perhaps Bolt won’t really make a dent on other loyal users’ appreciate for Instagram. If adding quick video and photo messaging means that the quality of my Instagram feed will remain unsullied by unthoughtful shares, then I guess that’s some silver lining.

Of course it should be mentioned (or should it be? Does it need to be?) that Bolt is yet another instant multimedia messaging app things or whatever, even though Instagram’s direct message feature has that base covered already. But sure, let’s tack it on again.

The sad reality for the other Bolt is that in Facebook’s world, the little guy isn’t even on the radar. Facebook’s legal resources are the stuff of legend. You don’t want to go to bat against a company worth more than Coca-Cola, Disney, and Intel. Expect to see Bolt in an American tween’s palm near you any day now. Unless they just keep using Snapchat…