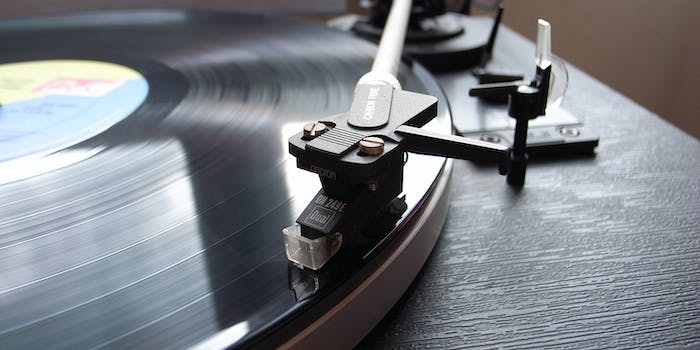 The internet has changed everything. It has done good for a lot of people, and put others out of jobs. Here are 10 industries that have been forever changed by the increasing popularity and usefulness of the internet.

Our first mention of Netflix goes toward the decline of cable television, an industry no one really likes. “Cord-cutting” is happening faster than could have been predicted, with nearly 23 percent of the adult population projected to rid themselves of cable service subscriptions by 2019, according to eMarketer. Cable will still exist for a very long time, but new online streaming offerings will continue save viewers from having to deal with the prices and headaches of cable.

My laptop is my travel agent. I book my flights through Orbitz, hotels through Booking.com, and plan trips using TripAdvisor. There are of course a bunch of other websites you can choose from that do the same thing, and all without having to pay someone to do it for you. That’s why being a travel agent is becoming less and less of a thing. As of 2013 there were only 13,000 travel agents in the United States, down from the 34,000 peak in the mid-90s according to CNN. Travel agents have become a niche luxury rather than a necessity, thanks to your simple web browser.

Wikipedia is great. At least for everyone besides the people writing, publishing, or selling print encyclopedias. Type anything into your favorite search engine and Wikipedia will almost always be one of the first results, and provides the information you are looking for, for free. Its takeover was best illustrated when in 2012 Encyclopedia Britannica stopped publishing after 244 years of informing everyone about everything.

People will almost always side with free over somewhere around $1400:

You can’t blame people for replacing their home phone with something that fits in their pockets and does the same thing, and also so much more. Landlines used to be in 9 of every 10 family’s homes. That number has been cut in half according to a report last year from Forbes. Sure, cellular calling has dealt a huge hit to landlines, but the old home phone has also lost the war to Internet-based messaging, social networking, emails, and the countless apps that make a phone call all but obsolete.

As a journalist, this one hurts a little. For the past few decades, print publishers have been dying at alarming rates. In fact, there is a website called Newspaper Death Watch detailing all of the print publications that have fallen by the wayside.

The problem? The internet is more accessible, easier to navigate, mostly free, much less cumbersome, cheaper to operate and catered to the reader. So newspaper publishers just transition over to the web and everything is fixed, right? Not exactly. Turns out making money online is much more difficult without the luxury of charging for pretty color-printed ads.

Between MapQuest, Garmin, and Google Maps, physical maps just aren’t a thing for most people now-a-days. They’re cumbersome, inconvenient for anyone without a rider in the passenger seat, and much more time-consuming than an app that tells you exactly where to go and how to go about doing that.

I think I can speak for others when I say many of us would be in trouble if we’d have to revert back to these horrible-for-driving folding pages. The decline of physical maps is illustrated in the Missouri Department of Transportation’s decision to cut the printing of its latest highway maps from 5 million to 2.7 million copies in 2013 according to Esquire.

Kindle, Nook, free online PDFs: the cheaper and more convenient the medium the less likely someone is to go to the store and spend money on something big and bulky. Readers are now able to access books for much less money and take them wherever they wanted without taking up hardly any space.

Want to take 100 books with you on a flight? How about 1,000? You can even download a new book in seconds, just for kicks. If you like that musty smell of long-sitting book, or the feel of paper on your skin, don’t fear; Amazon—the company many people blame for the death of bookstores—just might be the ones to save brick-and-mortar bookstores as well.

Remember going to a Blockbuster and spending hours scaling the walls to figure out which movie falls in the one percent of something you’d consider not a waste of time? Those days are long over and those hours of browsing now replaced by scrolling. Streaming services like Netflix and Hulu combined with the hard-to-beat $1-a-night movie rentals offered by Redbox were too much for the once giant of DVD rentals. Hollywood Video, Blockbuster’s biggest rival, also quickly and quietly went out of business.

Nudity turned into watching sex online, and magazines haven’t been able to keep up. Just last year Playboy said it would no longer show nude photos in their magazines after years of declining sales. I suppose if you are not the best at giving folks what they want, try to be the best at giving them something else.

The Internet is truly the endgame when it comes to music media. iTunes, Pandora, Spotify, YouTube, torrents, the list goes on and on. Physical albums, whether it be records or CDs, are a thing of the past thanks to the ever increasing convenience of listening to music online. Just last April Quartz reported that the global music industry had “hit rock bottom” with revenues cut in half in the past two decades.

There you have it. This all sounds pretty good for the average consumer: less paper, and more free. As for the folks who find themselves in the industries on this list? The dawn of the internet may have foreshadowed the loss of their jobs. Thankfully, many companies have adapted, and remain alive in some form or another.