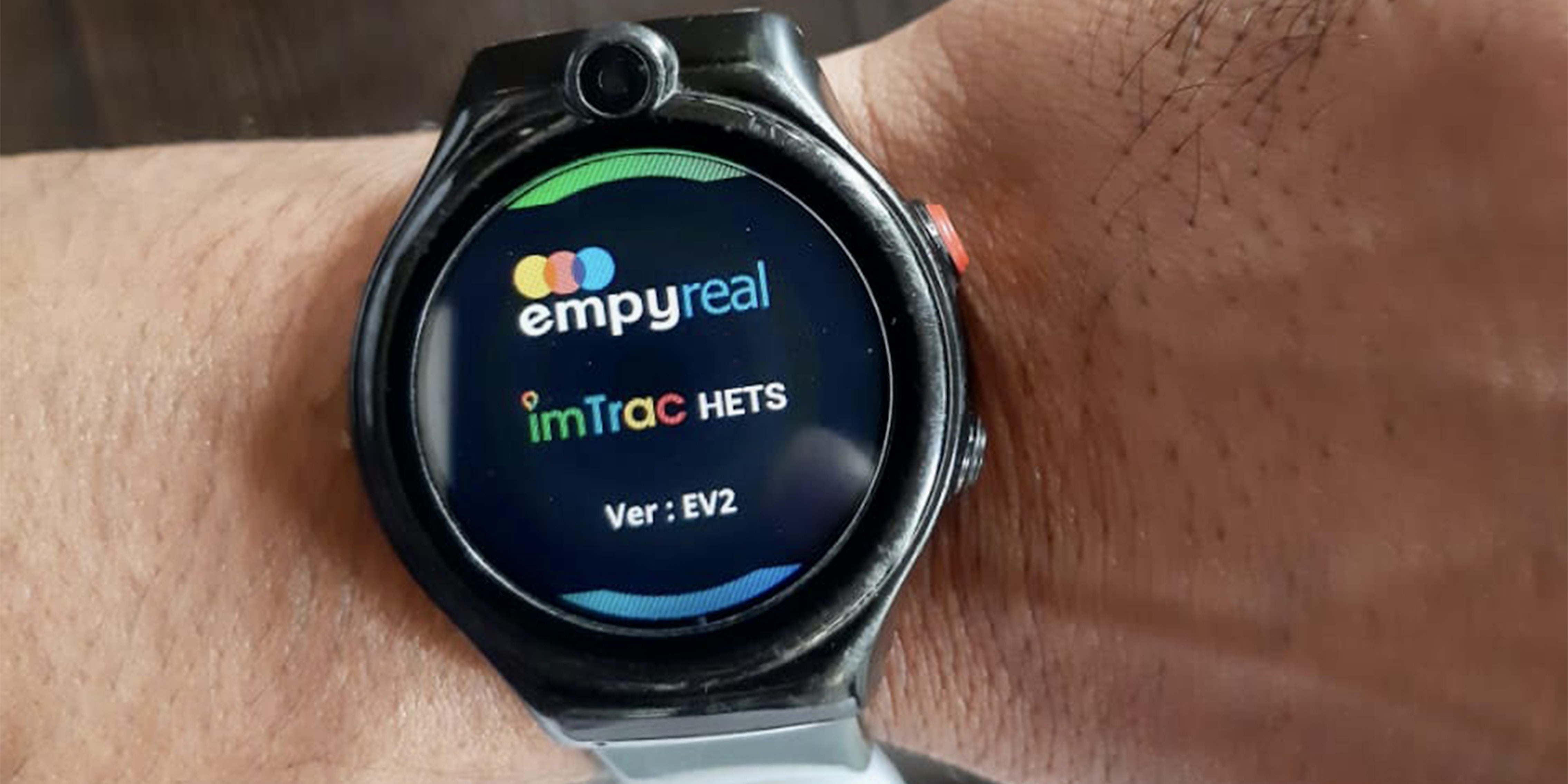 Workers are fighting back with what little power they have.

For the past two years, Kamala Rajpal, a sanitation worker in India’s northwestern city of Chandigarh, found herself hesitating to exercise her bathroom break. “We wear bangles. Even if these accidentally touch the button of the watch, the cameras turn on and there is a light that flashes. It feels like we are being spied on in the toilet,” a weary Kamala told the Daily Dot.

Rajpal is one of the 4,000 sanitation workers in the city forced to wear a smartwatch with a GPS tracking device. Since February 2020, the 50-year-old Rajpal worked with a sense of unease.

Over the past decade, India has emerged among developing countries as one of the early adopters of technology in its administrative activities. From growing app-based attendance rules to mandatory biometric identification, the country has seen increased digitalization efforts, pushed by the authoritarian right-wing government of Narendra Modi.

With the Indian government holding the world’s largest repository of biometric data and promoting surveillance technology like facial recognition, critics warn of India devolving into “Chinese-style surveillance capitalism.” In the absence of any data protection legislation and amidst growing coercion into using this technology, Modi’s authoritarian government has harnessed the power of surveillance to its benefit.

But as India’s government looks to push an agenda of a “modern” and “technology forward” society, activists, and experts have repeatedly raised concerns about privacy, access, and the forced imposition of such technologies on millions across the country, including the poorest and most vulnerable.

Among these, are the 5 million-strong ‘Safai Karamcharis,’ or sanitation workers across the country.

The bulk of India’s sanitation workers hail from the most marginalized Dalit castes, under the country’s oppressive and hierarchical caste system. Historically, many Dalits have even been forced into the dehumanizing job of “manual scavenging,” a practice involving cleaning and collecting human wastes from open defecation sites, dry toilets, and gutters. Though declared illegal, the practice continues to exist. Out of the estimated 5 million sanitation sector workers in the country, a majority are Dalits.

Bhuwneshwar Kewat, a workers’ union leader in the city of Ranchi in India’s tribal-belt state of Jharkhand said, “In the olden age, Dalits were made to tie brooms around themselves, to indicate to the world that they are lower castes associated with menial cleaning work. These GPS-watches feel like a similar imposition against their human dignity and privacy.”

Many Dalit workers have for centuries been forced to work in deeply exploitative conditions. With the introduction of these devices, experts pointed out how this surveillance segregation “amounts to slavery.” Since 2020, sanitation workers in more than a dozen cities in the country are now wearing GPS-enabled tracking devices. The bulk of these cities—such as Chandigarh, Indore, Lucknow, and Nagpur—are governed by municipal corporations controlled by the far-right Bharatiya Janata Party (BJP), to which India’s prime minister Modi belongs.

Equipped with cameras and microphones, these trackers enable their surveillance by civic authorities during their work hours and mark their attendance.

But even as authorities claim the technology brings efficiency, for many, the devices have only added to their woes at work. While the Chandigarh Municipal Corporation (CMC) was among the first to introduce them as a “fool-proof” way to mark the attendance of sanitation workers, many today rue the loss of their privacy and wages.

The CMC claims that the introduction of these tracking devices ensured higher attendance and an “improved field presence” of sanitation workers.

But for the 48-year-old Jaipal Bagri, wearing the watches has become a “nuisance.” Bagri, a government-employed sanitation worker in the city of Chandigarh, told the Daily Dot that the watch “often shows the wrong location,” causing them to lose their wages. “I could be sweeping in Chandigarh, but the watch has at times shown my location in Patiala (a city over 40 miles away), or even Delhi. If someone is shown in a different location, how will they get paid for those hours?” he asked.

During a shift, the device tracks their GPS-enabled locations and sends it to a central control room at the CMC office. In case of any difficulties or technical glitches, each cluster of workers reports to a technical supervisor. Bagri claims that usually this supervisor is meant to repair these watches “on the same day, in a few hours.”

Veteran union leader Krishan Kumar Chadha agrees with the problems. Speaking to the Daily Dot, Chadha, the former head of the Chandigarh Sanitation Workers’ Union, pointed out that the location is often wrong. “This has caused a lot of worry to the workers, they have lost wages. I would estimate that on an average, 500-600 out of the city’s 4,000 sanitation workers could lose a fraction of their wages daily thanks to these glitches.”

The union leader said that of the approximate $200 that a sanitation worker makes in a month, wages have been slashed to as low as $85-$100.

Chadha also notes how the tracking devices operate on battery chargers. “Sometimes, workers don’t have chargers and their device’s battery dies during work hours, then their wages get cut.”

Indian authorities’ reliance on such invasive technology to purportedly ensure transparency and efficiency for the working classes is nothing new.

Earlier in April 2022, India’s government made it mandatory for millions of daily-wage workers under the country’s national rural employment guarantee (NREGA) scheme to record their attendance on work sites via a glitchy app. During COVID-19, a “contact tracing” app for government and private sector employees sparked concerns around data privacy.

But experts have cautioned against the necessity of these moves. In 2017, India’s Supreme Court delivered a landmark judgment, which effectively recognized the right to privacy as a fundamental right. In the same year, a committee led by a former judge of the top court was constituted to frame a draft data protection bill for the country. Four years after the draft of India’s Personal Data Protection, the government withdrew the bill from the Parliament. Even as a revised version of the law could now come up, the lack of specific legislation for personal data protection remains a concern.

Anushka Jain, a policy associate at the Internet Freedom Foundation, believes that the surveillance of these workers violates their fundamental rights. She noted the four thresholds laid down in the judgment on the right to privacy and said the watches don’t meet any of the metrics laid out.

“[One] threshold is procedural safeguards, that there will be no misuse of such a device. But these workers, particularly women, have no legal protections when it comes to their apprehensions that they will be surveilled.”

Earlier in May 2022, the Internet Freedom Foundation along with the All India Lawyers Association for Justice (AILAJ) wrote a joint letter raising concerns about the surveillance of these workers. The letter was addressed to the National Commission for Sanitation Workers, and in September, the commission directed authorities in at least four Indian cities to submit a factual report responding to the concerns raised.

For women such as 36-year-old Divya, the watches have invited paranoia. Divya tries to take it off while going to the bathroom, “because there are cameras which can spy on me.” Pointing to a newfound discomfort, she added, “Sometimes we tie the watches to our ankles or waists because it’s uncomfortable. And we have to be hyper-vigilant now, just because we’re scared that our wages might get slashed simply owing to any technical problems in the watch, or the battery dying.”

Sanitation workers such as Kamala and Divya face the double burden of being surveilled as workers and as women. Compounding these concerns is the fact that they are Dalits. Labor union leader Bhuwneshwar Kewat added, “This is not just about surveillance but also reinforces the centuries-old caste practices which we have seen in this country.”

Lawyer Anushka Jain also stressed how sanctioning the surveillance of sanitation workers, most of whom belong to historically discriminated communities, “is also very harmful … The surveillance is being carried out by largely upper-caste and upper-class people and it’s being done on the marginalized castes. This is taking away the dignity of people, these devices infringe on their right to dignity.”

As the implementation of these devices grows, workers in some cities have successfully pushed back. In the country’s western city of Pune in the state of Maharashtra, sanitation and road-sweeping staff working in one part of the metropolis were ordered to wear the devices. “The workers on their own took the decision to refuse to wear the watches. They dumped these devices with the agency company, and it never came into operation,” said sanitation workers union leader Deepak Bhalerao.

Yet, for most, this imposition has now been gradually accepted as inevitable. Chandigarh’s Krishan Kumar Chadha conceded, “We have protested multiple times, once even launched a city-wide four-day strike but had to bow to the pressure by the municipal corporation. This is not a watch meant to improve efficiency for anyone, it is a forced imposition by the government for their own whims.”

Sabah Gurmat is a freelance journalist presently based in Mumbai, India. She has been writing primarily on issues of law, human rights, and the intersection of tech with civil liberties.