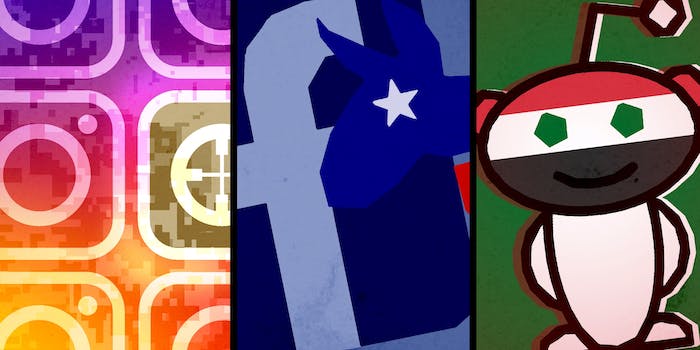 Important news you may have missed on Wednesday, Aug. 24.

A new study from ZeroFOX, the Baltimore-based security firm, revealed thousands of unique scams taking place on Instagram that have cost international banks as much as $420 million. Even more disturbing, the scammers appear to be specifically targeting military members and the poverty-stricken.

With the release of Android 7.0, encrypting your data will be easier than ever. Google has announced expanded encryption features, including default encryption of emails and text messages when stored locally on your Android device.

With only a six-point lead in Texas, Donald Trump returned to the state this week doubling down on promises to build a wall. “Mexico, in fact, will pay for the wall,” Trump reassured his supporters.

They say it’s not if you get hacked, but when. Even so, you don’t have to make breaking into your device a piece of cake. Consider implementing these security measures (if only to delay your inevitable destruction.)

In a shameless attempt to rake in those juicy campaign-ad bucks, Facebook is apparently assigning its users political labels based on the stories they like, the pages they follow, and of course, their stated political preferences. Facebook will, however, allow you to see how you’ve been categorized. Layer 8 editor Andrew Couts gave it whirl and returned fairly confused by the results.

“I think I’ve lost my will to live,” a 22-year-old Syrian man wrote on Reddit. “I was born in the wrong place. If I was straight, things would be easier.” Redditors quickly jumped to help the man who’d previously failed to escape the country where gay men and boys are frequently executed in public.

If you’re planning on fleeing the United States after the presidential election and Canada just isn’t quite far enough, you might consider Proxima b. That’s a planet in Earth’s backyard, so to speak, apparently orbiting in its star’s goldilocks zone (that’s not too hot, not too cold, just right.) A lot of questions remain about this potentially habitable planet: For one, it’s unclear whether Proxima b even has an atmosphere. But scientists believe we’ll know in our lifetime whether the planet actually supports life.

Artist rendering of what life is probably like on Proxima b.

Find out what it’s like to discover your friend joined ISIS: “I struggle to accept that the woman who liberated baked goods from restaurant dumpsters to give to homeless people has turned into this.” —via Katherine Burke, XO Jane

Trump spent $55,000 in campaign donations to buy more than 3,500 copies of his own book. A spokesman said they were handed out at the Republican convention as parting gifts, along with plastic fetus figurines. —via Olivia Nuzzi and Ben Collins, the Daily Beast

An NYU security researcher set up a honeypot to see if anyone was using all those NSA hacking tools leaked by Shadow Brokers. (Of course they are.) —via Lily Hay Newman, Wired