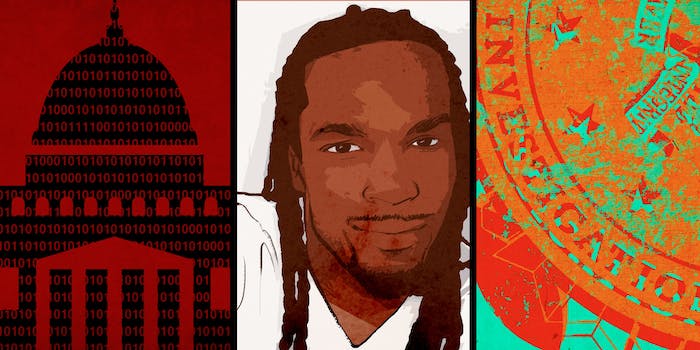 Important news you may have missed on Wednesday, Sept. 7.

“You will be shocked at what the federal government is doing to collect your personal information,” said Rep. Jason Chaffetz (R-Utah). “And they can’t keep it secure, that’s the point.”

Chaffetz is worried about the government’s use of Stingrays, a device that can be used to collect information on cell phone calls by pretending to be a cellular tower. This deception allows a a Stingray’s operator to track the locations of nearby phones, record calls, read text messages, and collect metadata generated by the phone. Dozens of agencies in nearly half of U.S. states employ Stingray technology. Chaffetz is planning on leading an investigation by the House Oversight Committee regarding the use of Stingrays.

If you’re still friends with your perennially outraged college roommate on Facebook, you’re probably well aware that Dr. Jill Stein is running for president on the Green Party ticket. Stein recently took her campaign to Morton County, North Dakota, where she joined protesters battling the installation of an oil pipeline that would run through sacred Native American tribal lands. During her protest, Stein spray-painted the blade of bulldozer, and now she faces vandalism and trespassing charges.

This is likely good news for her campaign. Remember: Pioneering labor leader and Socialist Party candidate Eugene V. Debs garnered millions of votes while he was imprisoned for encouraging Americans to dodge the draft.

Why did Stein do it? She did it for Harambe.

The killing of Harambe 3 months ago today reminds us to be a voice for the voiceless. https://t.co/wMZpWlLicY pic.twitter.com/8WtlDhRlIy

“The government of the United States of America has never before been more vulnerable to cyberattacks,”charged a 214-page report from the House Oversight & Government Reform Committee (remember them?).

The report, which looked at the hack that compromised the computer systems of the Office of Personnel Management that exposed the personal information of more than 21 million people, insisted that, “no agency appears safe from cyberattack.” However, it did find that the OPM hack could have been prevented if the agency has taken appropriate countermeasures.

Darren Seals, a civil rights activist who gained prominence in the protests in Ferguson, Missouri, following the shooting death of African-American teenager Michael Brown by a police officer, was found dead in the nearby city of Riverview. The body of the 29-year old activist was found in a burning car early Tuesday morning.

Who is winning the election? The Daily Dot’s Amrita Khalid gives a state-by-state breakdown.

At the end of the day, we are all just people struggling to produce dank memes in a world where Apple is getting rid of the iPhone headphone jack and replacing it with wireless “Air Pods” costing $159. We are sorry. We are just trying to live.

I also need to figure out how to get the Air Pods to stay under my ears. #AppleEvent pic.twitter.com/SFeLlHFf42

"I think AirPods are great! Let's all throw our old earbuds in the trash."
-A robot that lives in the dump and eats earbuds like spaghetti

The Hugh Mungus meme is what happens when a you take a tense political situation, add a dad joke, throw it on YouTube, mix with a hearty helping of alt-right racism, and let it sit overnight in a stew of “mob mentality.” Do not consume, throw directly into a dumpster fire.

San Francisco 49ers QB Colin Kaepernick won’t stand up for the national anthem, but he will donate proceeds from the sale of his jerseys—which have spiked in recent weeks to become the No. 1 best seller in the entire NFL—to charity.

Thousands of people took to Reddit to talk about what it’s like to return to school in the wake of a mass shooting on campus.

Your state election system is going to get hacked and there’s nothing anyone can do about it —via Eric Geller and Tim Starks, Politico

Donald Trump puts his media blacklist down the memory hole, right next to the time he told Howard Stern he supported the Iraq War —via Brian Stelter, CNN

A study shows that women in film speak less and strip more than men —via Cathering Shoard, The Guardian

Even Seattle’s anti-gentrification protests are mind-mindbogglingly passive-aggressive —via Ana Sofia Knauf, The Stranger

This is the dictionary definition of a sick burn.