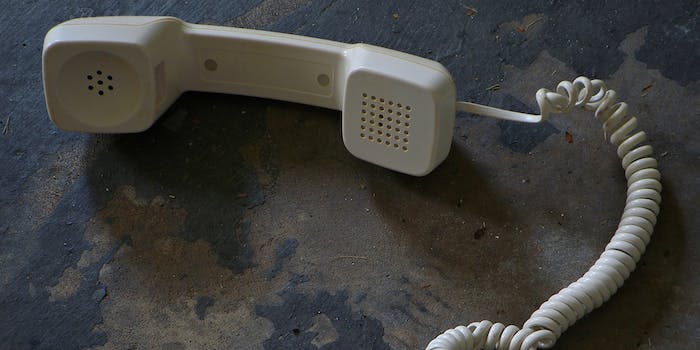 Virtually all calls to as many as 116 countries were targeted.

For more than two decades, the U.S. Justice Department and the Drug Enforcement Agency secretly tracked billions of international phone calls made by Americans.

Following a report on Tuesday by USA Today, which revealed the vast scale of the surveillance first disclosed last January, Human Rights Watch announced that it had filed suit challenging the legitimacy of the DEA’s now-defunct intelligence operation. The group is represented by the Electronic Frontier Foundation, a digital rights organization, which is involved in at least three other cases concerning dragnet surveillance by the U.S. government.

“The DEA’s program of untargeted and suspicionless surveillance of Americans’ international telephone call records—information about the numbers people call, and the time, date, and duration of those calls—affects millions of innocent people, yet the DEA operated the program in secret for years,’’ EFF Staff Attorney Nate Cardozo said in a statement.

Why @EFF and @hrw sued the DEA: mass surveillance is illegal no matter which 3-letter agency is responsible. https://t.co/xhtezPzZxI

The suit’s purpose, the EFF said, is to affirm the constitutional right of Americans to place overseas calls without being subjected automatically to government surveillance.

According to USA Today, the DEA program amassed logs of “virtually all telephone calls” from the U.S. to as many as 116 countries, including Canada, Mexico, and most of Central and South America. All of the targeted countries are said to have some link to drug trafficking.

“Human Rights Watch often works with people in dire circumstances around the world. Our sources are sometimes in life or death situations, and speaking out can make them a target,” said Dinah PoKempner, general counsel of Human Rights Watch. “Who we communicate with and when we communicate with them is often extraordinarily sensitive—and it’s information that we would never turn over to the government lightly.”

Was the DEA tracking my phone calls in Afghanistan? @hrw takes unusual step of suing the US govt over surveillance. http://t.co/y8QcQAaz7W

The program, which began in 1992 under the George H.W. Bush administration, was halted in 2013 by former U.S. Attorney General Eric Holder, apparently in response to public concern over the government’s dragnet surveillance programs disclosed by whistleblower Edward Snowden.

Although the program has been “suspended,” and its database is “no longer being queried for investigative purposes,” according to the DEA, the HRW lawsuit seeks to ensure the program cannot be reinstated, and that all of its records are destroyed by the government.

“In the end, it doesn’t matter if the agency doing the bulk collection is the DEA, the FBI, or the NSA; and it doesn’t matter if the information collected is the content of communications or metadata—bulk collection of Americans’ records is unconstitutional,” the EFF said. “And we hope this lawsuit will put an end to the practice, once and for all.”