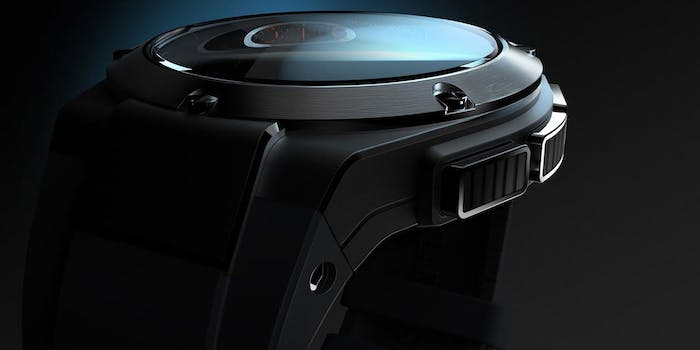 HP is creating a ‘luxury’ smartwatch

Well, this is unexpected.

If I asked you to name 10 companies you thought could make a beautiful, elegant smartwatch, HP would probably not be in the top 20. Apparently HP understood that as well, so they left the design up to fashion designer Michael Bastian, and the outcome looks to be the most appealing smartwatch to date.

HP realized that it would need some assistance to design a high-end smartwatch, so it reached out to online retailer Gilt, which brought in Michael Bastian to work on the design, according to Fashionista. HP engineered the still-unnamed smartwatch, which will sync with an app on Android and iOS giving you access to basic features like checking the weather and receive notifications. The app will also allow you to change the interface and modes of the watch, which is aimed for the luxury market. Bastian designed the smartwatch—which comes in a 44mm stainless steel case—using inspiration from the interior of luxury cars.

The smartwatch is slated to be available this fall exclusively on Gilt, with your choice of a black rubber, brown leather, or olive green nylon band. You will also be able to purchase a limited-edition, all-black version of the still unpriced smartwatch.