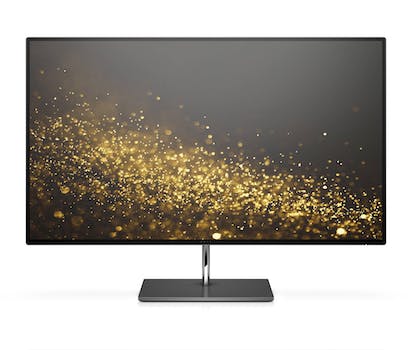 HP’s new displays may be an ideal desktop upgrade

If you're looking to upgrade your desktop setup, HP's latest may be worth considering.

HP’s two newest monitors are about to be your new favorite co-workers.

If you don’t use a monitor as part of your home or office desktop setup, you probably should. Displays can be connected to a desktop PC or simply plugged in and powered by your notebook. Paired with a wireless keyboard and mouse, it can be far more ergonomic than a laptop-on-a-desk situation. Plus, you can choose the perfect desktop display regardless of what OS you’re running (good news, since Apple’s reportedly out of the monitor business now). So that’s the first part of what makes the Envy 24 and Envy 34 Curved Displays, appealing at a very basic level.

The HP Envy 24 is the more budget-friendly of the two, a 24-inch monitor with only the most slender of bezels around its perimeter. It has 30 degrees of tilt, so you can customize its positioning, and it can be stationed on a desk or mounted to a wall. It’s powered by a single USB Type-C cable, which makes it compatible even if you’re using a nearly port-free Apple MacBook. (It has DisplayPort, HDMI, and USB connections, as well.) Resolution-wise, it’s only HD—where the industry is trending toward 4K these days—but for $279.99, that’s a tradeoff that could be worthwhile if your pocketbook isn’t that deep or you don’t need 8.29 million pixels to do your work.

The second display, the HP Envy 34 Curved Display, is what really caught our attention though. It’s ever so slightly curved, something we’ve been seeing in TVs for a few years now, but never really made sense in that medium—unless the TV is ginormous, only one person seated in the center of your living room would enjoy the best quality viewing experience. However, on a smaller scale (like a 34-inch QHD, 3,400×1,440 resolution display that sits on your desktop) it makes much more sense. 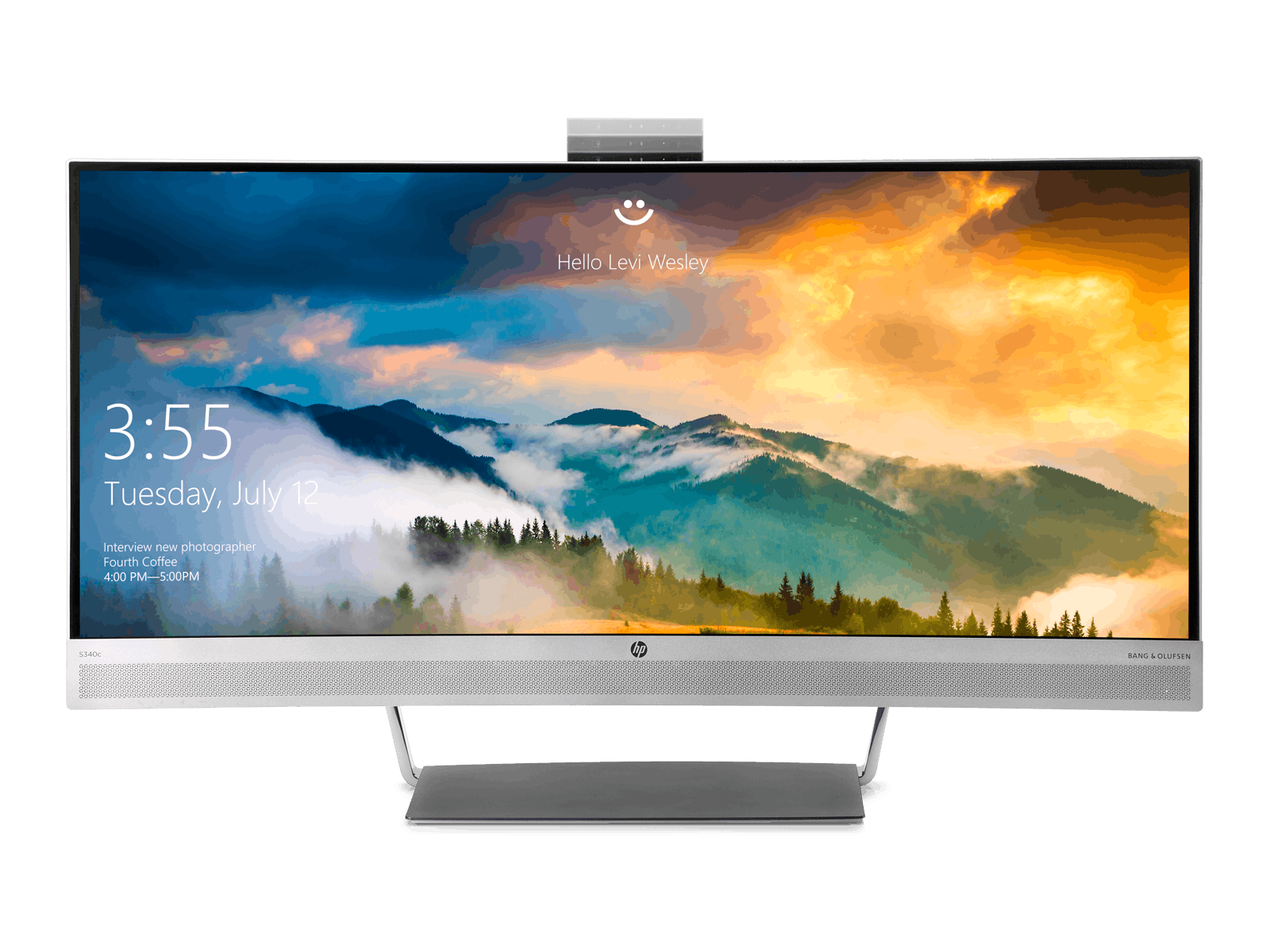 Pictured is the enterprise version of the Envy 34, the S340c

Like the 24-inch model, it features a barely-there bezel, except for the lower edge, which houses built-in 7W Bang & Olufsen speakers. Tucked behind the top of the display is a 720p webcam which you can pop open or closed when you need it—perfect for those who (legitimately) feel creeped out by their computer’s all-seeing eye. The camera also has IR face detection that works with Windows Hello, if you use Windows 10. It’s powered via USB C and has a DisplayPort, HDMI, and three USB 3.0 slots.

The HP Envy 34 should be available in February for $899.99—slightly cheaper than some of its non-curved competitors that are already on sale.