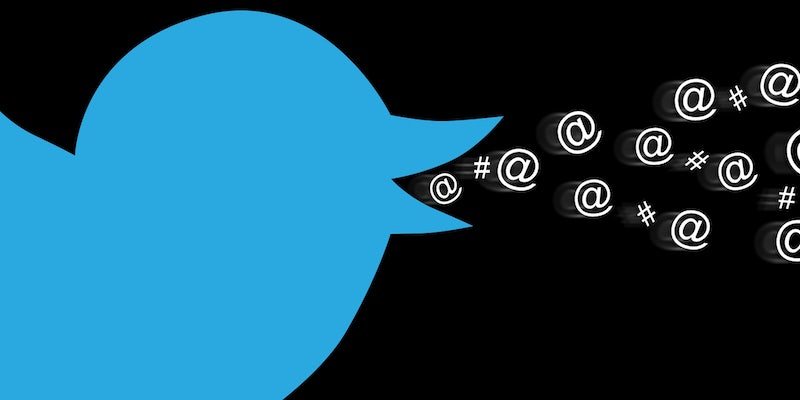 Sometimes you just want all your followers to go away. Nimrod Kamer teaches you how.

Twitter Seppuku. It’s a thing. I don’t mean a trend, but an emerging trend.

It’s nothing to do with threatening to physically harm oneself in a series of sobbing tweets. In essence, it’s a Twitter felo de se meltdown that will digitally make your Twitter persona unbearable to handle. Online e-self-immolation. The end of your social media iLifework, in a click or a tap. It’s like the opposite of hitting the refresh button on your cloud.

It doesn’t have to do with deleting your account at all. Rather, you get to witness your own demise as it happens. The key is to do something so horrific your followers will find you too block-worthy to even cope with.

Launch all of your drafts

The Twitter mobile app has a draft tweets folder. During the years, it fills up and may include hundreds of unpublished tweets. Fragments, typos, affairs, tweets that failed to post due to bad connection. It might have tips that sources gave you but you thought twice of whether to post them or not, like Harry Styles impregnating a Selfridges store employee, or Net-a-Porter going out of business soon. It could be a draft about Bill Gates owning half of the Four Seasons hotel franchise while his wife Melinda only owns one Season. And more secrets.

“Send all” your drafts right now, and be a legend.

Call an ex-boyfriend or girlfriend and give them your full Twitter login details. See what happens. They might change your password, or just ignore it. Who knows.

This nightmare scenario is a test for the brave. Don’t make it easy for yourself, you must give access to someone who’s still jealously into you, a stalker preferably. Tell them not to use it so that you know they will. Choose the most self-destructive people you have ever met.

When your page is ruined, finally you can open a new account and give the same people your new password. Ask them to please not read your DMs. Carpe DM. Seize the day. Make your digi-life extraordinary.

If you do this while verified, you will lose your verification status for good. Changing your name and username everyday will also make you lose all credibility and confuse your followers to the extent that they’ll think you’re some sort of commercially driven bot or an undisclosed promoted tweet.

Mates tend to freak out when someone they never recall following keeps popping up on their feed using different names. Changing a Twitter handle will also affect your past mentions. Tapping on your name in old tweets won’t lead to you anymore. Archive grief disaster.

Link to Foursquare or Nike+ Running

A classy way to deter and dissuade followers from wanting to know you is posting all Foursquare checkins automatically on Twitter.

DEPLOY ALL. These desolate FSQ links lead nowhere interesting, clicking on them sends you to a random venue page, like a famous chicken wings joint in Utah. Some still believe that these links include a picture of the checked-in at an interesting espresso bar, but they never do. They just show a map and a tiny avatar of the mayor.

Make it more fascinating to your followers by throwing in other annoying apps like Nike+ or MyFitnessPal. Never say no to lifestyle apps that want to share data on your account, on their behalf.