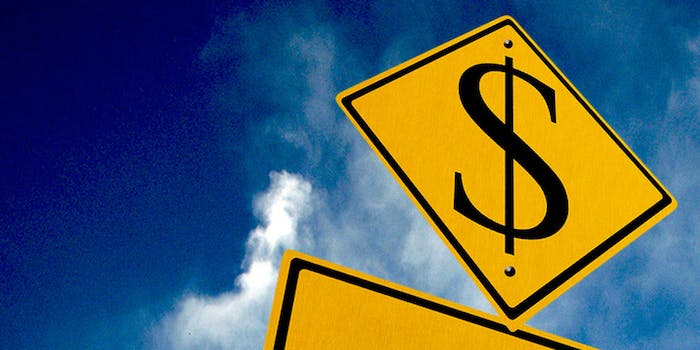 At this point, I think it’s fair to say that everyone joined Twitter for the exact same reason: to make it big and then immediately sell out. But what’s your price?

Wonder no longer: By giving certain permissions to Social Valuator, “an application created to track Twitter worth,” you can get a bottom-line dollar figure that indicates exactly how much effort you’ve wasted in trying to seem clever, cool, or otherwise relevant online. Probably don’t let them post a daily tweet about how that value has changed, though? 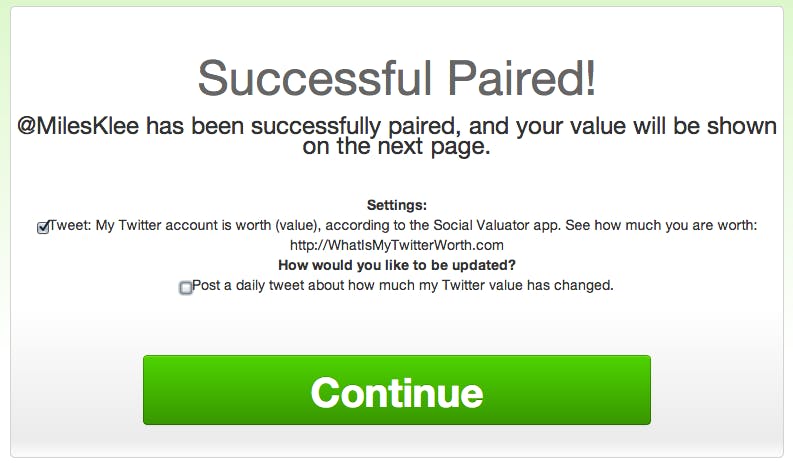 Anyway, the site will then take then a minute to calculate—using “the number of people you follow, lists, and account age”—the monetary sum that your social media presence represents. 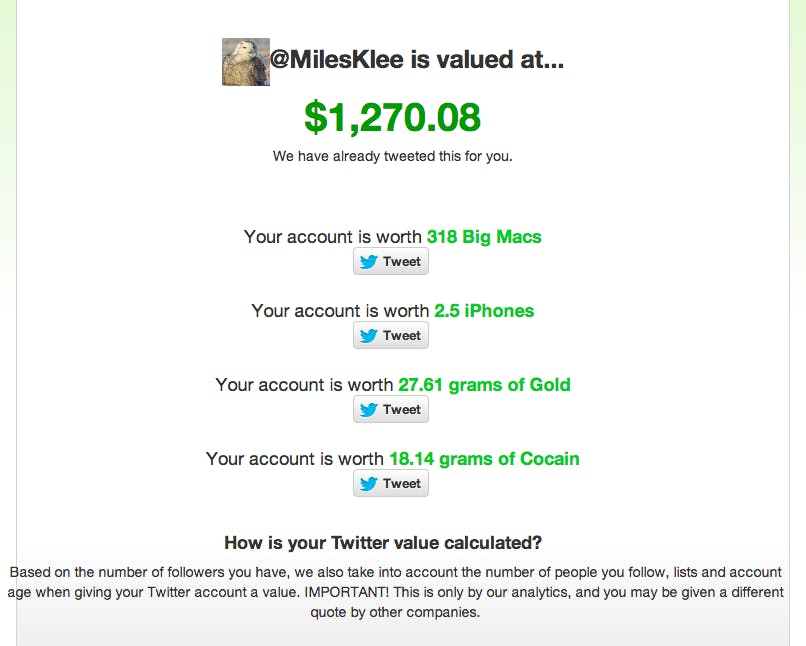 Perfect! Now all I need to do is find a buyer willing to part with 18.4 grams of “Cocain” and I’ll be flying high for two weeks. (You know what, make that a week-and-a-half.) Those 2.5 iPhones do sound tempting, but I know I’d just spend them on 318 Big Macs.

So go ahead, get a not-so-highly reliable quote on your Twitter account like it’s some old station wagon you were thinking of ditching by the side of the road anyway. Except this kind of radical price readjustment almost never happens with used cars: