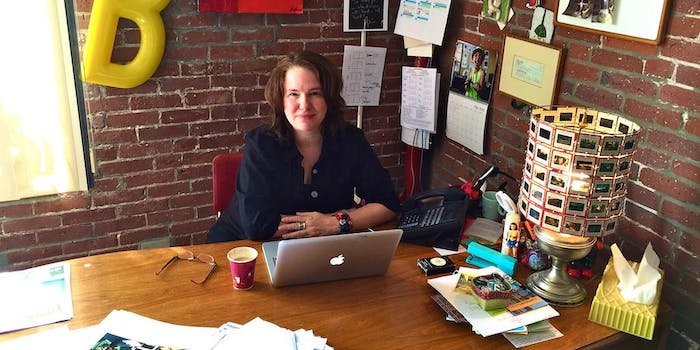 What if she's a troll?

Former Secretary of State and current presidential candidate Hillary Clinton is catering to the early primary state of New Hampshire by letting a local woman take over her massively popular Twitter account.

She then tweeted a few behind-the-scenes photos from her job.

The @HillaryClinton account, which has about 3,550,000 followers, changed its logo to incorporate a picture of Brown into the Clinton campaign’s “H” logo. The account name also changed to “Mary Jo for Hillary.” 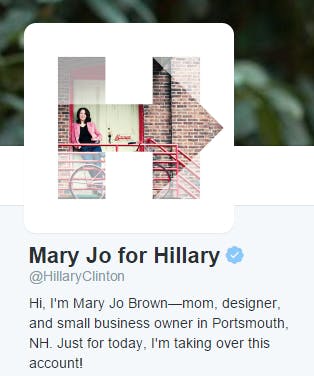 The Daily Dot has asked the Clinton campaign if her account will continue to be used for one-day takeovers like this in the future. We will update if we hear back.