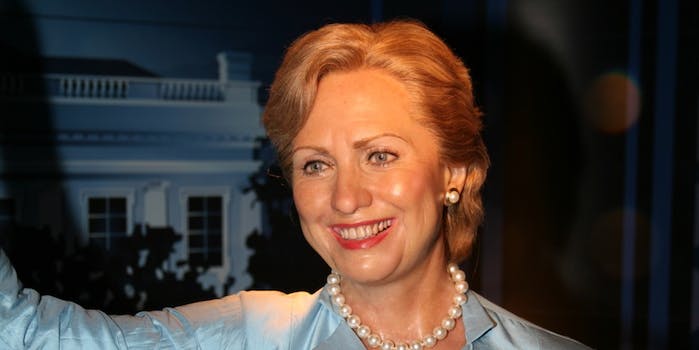 Hillary Clinton is on Twitter, and she has a good grasp on the Internet’s humor penchant.

The former secretary of state was verified by Twitter Monday and made a great reference to the Texts from Hillary meme in her first tweet.

Clinton is using the photo immortalized in the meme, which imagined her as sending text messages to several luminaries, as her profile photo. The bio is pretty great too, making a sly nod to her rumored 2016 presidential campaign:

She’s keeping things in the family so far, following only husband Bill (a relative Twitter newcomer himself), daughter Chelsea, the Clinton Foundation, and the Clinton Global Initiative. Thankfully, for their sake, Bill and Chelsea are following her back.

Does @twitter have a family share plan? Great to be here with @hillaryclinton & @chelseaclinton. Looking forward to #tweetsfromhillary.