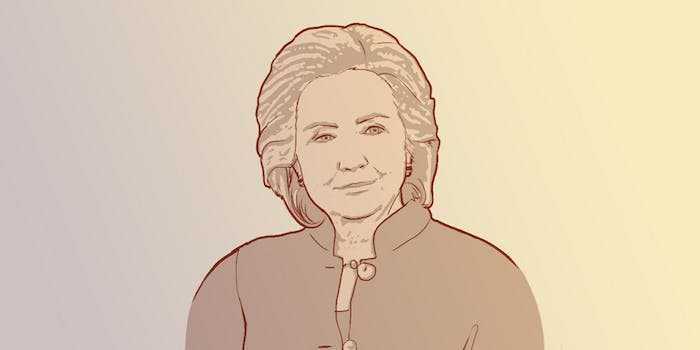 'We need to put the great disrupters at work at disrupting ISIS.'

Hillary Clinton called on Silicon Valley’s tech companies to join the fight against the Islamic State, arguing today that they have not done enough to remove recruitment messages from social media or open encrypted communication to law enforcement.

Clinton said she was well aware that her comments were likely to draw criticism from tech companies. Apple and Google have rolled out encrypted messaging for iPhone and Android, and popular chat services like Viber and WhatsApp encrypt messages while in transit (although they can still be read by the companies themselves).

“You are going to hear all the usual complaints,” Clinton said, according to the L.A. Times. “Freedom of speech, et cetera.”

Her willingness to entrust cyber warfare to tech companies was quickly mocked on social media.

“Resolve means depriving jihadists of virtual territory just as we work to deprive them of actual territory,” she said.