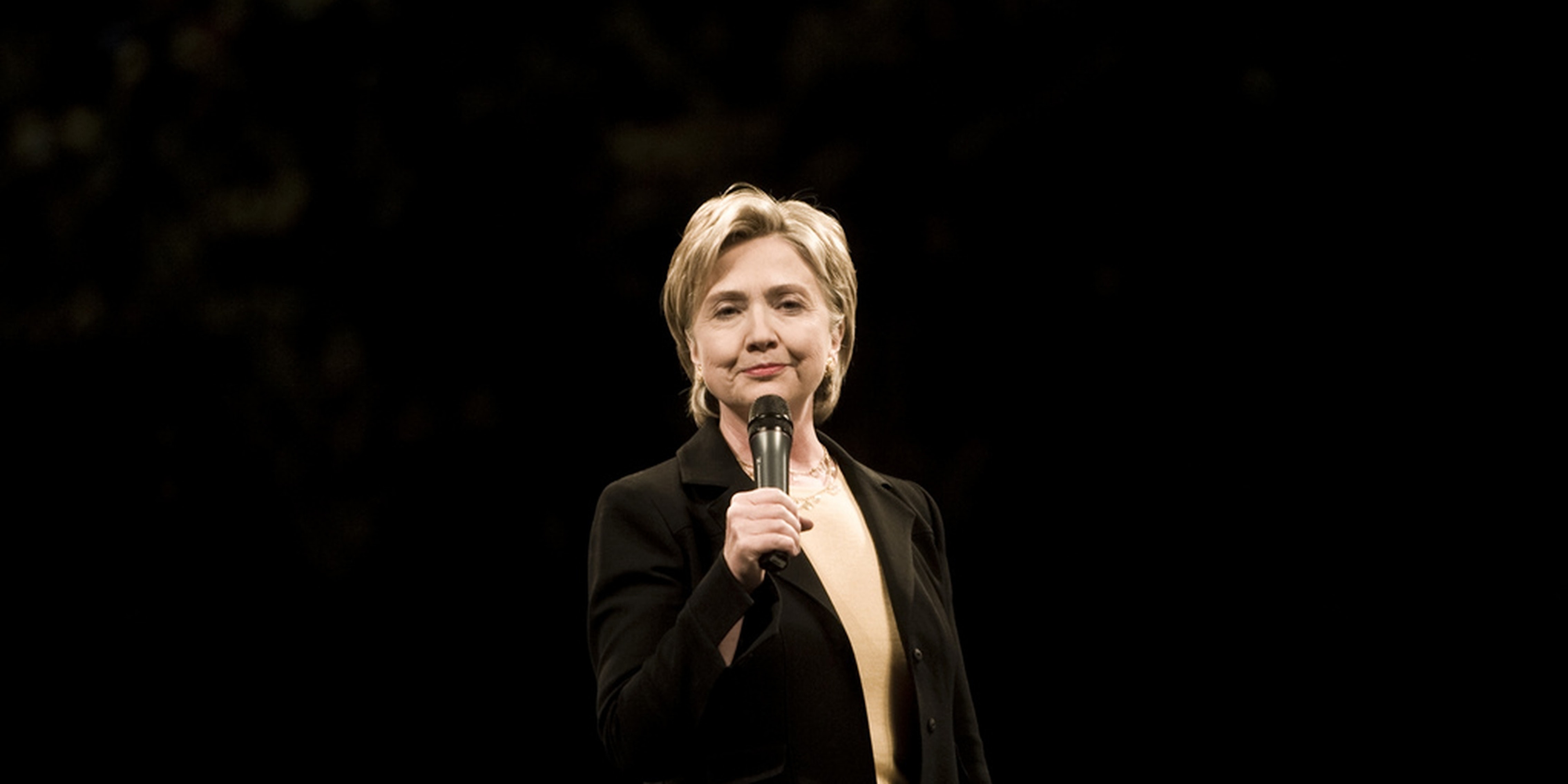 We used an algorithm to unlock Hillary Clinton’s real personality

Who is Hillary Clinton?

For someone who has been in the public eye for decades and is the leading candidate to become the most powerful person on the planet next year, Clinton is a tricky one to pin down.

However, by dint of an ongoing email scandal and through the power of a new app called Crystal that reveals someone’s personality through what they write, we’re able to get a rare window into the temperament of the former secretary of state and 2016 Democratic presidential frontrunner.

“Hillary communicates casually, but directly, and wants to get to the bottom line in a conversation as quickly as possible.”

For the past few months, the Clinton campaign has been embroiled in a scandal around her use of a private email server during her tenure as secretary of state. Clinton has been hammered by critics who charged that the private server was intended to skirt public disclosure laws and opened up her private communications to eavesdropping by foreign hackers, thereby endangering national security.

As a response to the controversy, which coincided with a noticeable dent in her poll numbers, Clinton has worked with the State Department to release tens of thousands of those emails to the public. Earlier this week, State released the most recent batch of 7,000 emails online.

At first blush, the most recent selection of emails don’t reveal anything particularly shocking—unless one considers resolving a trade dispute with Israel over nine containers of gefilte fish or a fondness for the sitcom Parks & Recreation shocking. But thanks to Crystal, we can still garner some interesting tidbits about Clinton’s workplace psyche.

By collecting public data from social media, new articles, and other online content, Crystal makes a comprehensive profile of how you communicate. Other users of Crystal can view that profile and get tips about how best to send you an email.

When Daily Dot tech reporter Selena Larson used Crystal on herself, she found the results disturbingly accurate. “The software is like a psychic for online communication,” Larson wrote. “It walks the line between innovative and super creepy, but it’s hard to deny it actually works.”

The Daily Dot reached out Crystal and asked the company to run an analysis on Clinton’s emails. The team at Crystal took a sample of over 1,000 emails, pulled out Hillary’s writing, and used the company’s software to analyze her communication style.

“[The] key point,” said founder Drew D’Agostino, “Hillary communicates casually, but directly, and wants to get to the bottom line in a conversation as quickly as possible.”

He noted that most of her emails are two sentences or fewer, which are rarely complete and are replete with abbreviations like “Pls, Thx, and FYI.”

Many of the people in Clinton’s inner circle—people like advisors Cheryl Mills and Robert Russo—have adapted to that quick, punchy communication style. In one exchange, Clinton told Russo, “Pls do letter asap,” to which Russo responded, “Will start work on it right now.” 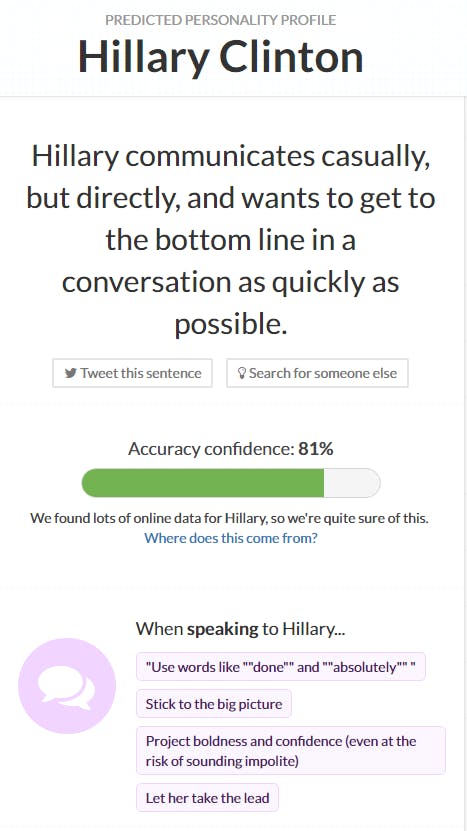 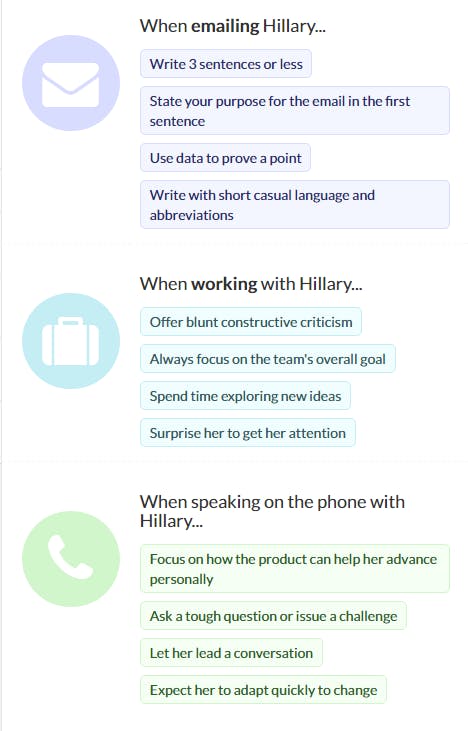 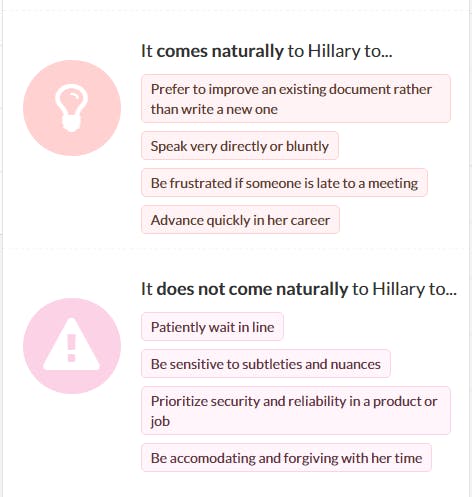 In addition to analyzing Hillary’s email style, Crystal also collected the posts on President Barack Obama’s social media profiles, built a profile of the president, and then prepared a report showing how they would likely work together. It turns out that, when Clinton and Obama disagree, the former is likely to get her way. And that’s the secret of Hillary’s email.